Significant area of potatoes yet to be planted 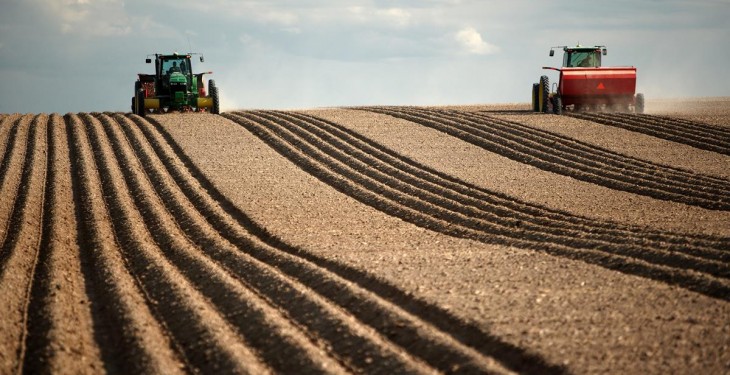 A significant area of potatoes is yet to be planted, according to Teagasc’s latest crop update.

It says while good progress has been made in planting potatoes over the past week with approx. 90% planted in the south east but only 70-75% completed in the north east.

Teagasc says main crop area may increase due to the availability of cheaper land however any increases will be constrained due to lack of quality seed.

It also says that indications are the first earlies area has increased compared to last year.

These early crops suffered limited frost damage and crops are now growing strongly. There are no reports of blight but Met Eireann have issued warnings this week.

Teagasc says almost all spring cereals are sown to date. Earlier sown spring crops are growing strongly, with later sown crops emerging over the last number of days, it says.

Warm weather will encourage aphid flight into spring crops increasing the risk of BYDV. Accurate
aphicide application and subsequent inspection is all important for all later cereals sown this year

Winter cereal growth is behind normal, accoriding to the Teagasc update with winter barley at the heading stage and winter wheat close to flag leaf emerging in advanced crops.

Winter Wheat crop growth remains a week behind normal but milder weather has begun to turn crops dark green around the country.

It also outlines that grain markets remain depressed increasing concerns about lack of profitability in the sector.

The majority of maize is now drilled. Early indications are that the maize area is likely to fall slightly from the 2015 figure of 12,700 ha.