A campaign for the establishment of a Sheep Taskforce was launched by the Irish Cattle and Sheep Farmers’ Association (ICSA) this week.

The campaign was officially launched at a meeting of the ICSA National Executive in Portlaoise, Co. Laois, last night, Wednesday, July 29.

“The ICSA brought the need for a dedicated Sheep Taskforce to the attention of Minister Calleary at our meeting with him last week.

Sheep exports were worth €294 million in 2019 – yet the sector is not receiving the attention it deserves and sheep farmers are fed up of being a political afterthought.

“The ICSA believes the need for a dedicated Sheep Taskforce is clear; the sector must be properly acknowledged, and the future viability of sheep farmers must be addressed.”

Continuing, McNamara said: “It is unacceptable that sheep farmers have been left out of any Covid-19 compensation packages.”

The sheep chairman highlighted that there has been no Beef Emergency Aid Measure (BEAM) type scheme for sheep farmers “to compensate for Brexit-related market fluctuations”.

“It is wholly unfair that aid has been targeted solely at the beef and dairy sectors while sheep farmers, those with the lowest incomes by far, are left out,” he claimed.

Transparency along the food chain is also equally important for sheep farmers. We need to ensure that any appointed Food Ombudsman has oversight over the trade in sheep meat, particularly when it comes to the huge volumes of lambs being imported into the country and the impact that it has on local farmers.

“We need to shine a light on who is making all the profit along the food chain, and why sheep farmers are not being paid enough to cover their cost of production.”

The ICSA is calling on the Department of Agriculture to provide a number of changes.

Specifically, these measures include:

McNamara pointed to the wool industry next, highlighting: “Pressure has also been mounting on sheep farmers with the total collapse of the wool trade.

“Prices have dipped as low as 5c/kg for wool that costs €2.50-€3.00 a head to shear. As a result, many farmers have been left with no choice but to dump wool over the last several months which is a travesty when you consider all the uses it could potentially be put to – e.g. insulation, fertiliser, textiles etc. 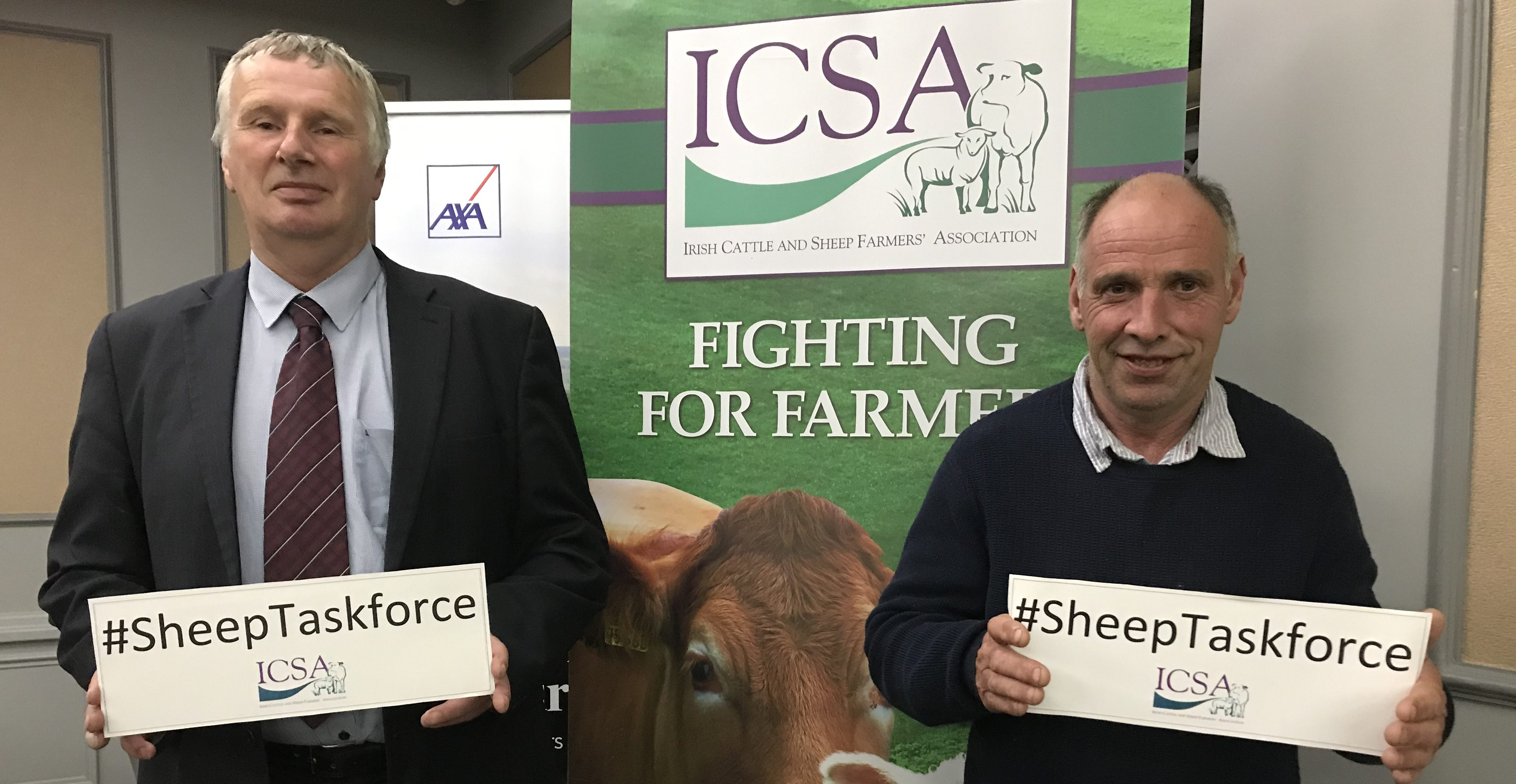 “Wool needs to be recognised as a precious and valuable natural resource and the Sheep Taskforce could play a pivotal role in devising a strategy that would revive the wool industry in this country and harness its true potential.”

The Sheep Welfare Scheme is also coming to an end and a lot of thought must be put into how the scheme can be improved going forward.

“The scheme does need considerable new investment and the ICSA is proposing that an increased payment of €30 per ewe could be achieved with the addition of several bolt-on measures to the scheme.

“Through the sheep taskforce, a consensus on the introduction of additional tasks could be reached to justify such an increase, and ensure greater viability for the sector.”

Concluding, McNamara said: “It is time for Minister Calleary to bring the stakeholders together, establish a sheep taskforce, and take on these challenges.”’