There has been a noticeable improvement in the spring lamb trade, with prices jumping by €5-7/head in some locations.

Much of this price rise can be attributed to an increase in demand due to the Muslim festival of Ramadan. The festival has already given the factory trade a boost and it appears to be having a similar impact in marts across the country.

In addition, despite a higher-than-usual kill, the hogget trade continues to remain in good health. Generally speaking, prices of €2.40-2.60/kg have been paid for well-fleshed hoggets in recent days.

Thursday’s sale in Carnew Mart featured an entry of 1,415 sheep. A big improvement in spring lamb prices of €5-7/head was witnessed in the Co. Wicklow venue.

There was also strong farmer demand for ewe hoggets with a top price of €130/head being paid.

There was a smaller number of hoggets on offer in Mountbellew Mart on Saturday. However, the lots brought forward for sale were well-fleshed stock.

Store hoggets also met with a strong trade and prices of €88-106/head were achieved on the day.

Moving to Co. Donegal, there was a good entry of spring lambs in Raphoe Mart on Monday. These sold to a top price of €139/head for lambs weighing 47kg.

The majority of plants are continuing to work off last week’s base prices. These are generally 600-610c/kg (excluding QA payments) for spring lambs.

Kepak Athleague and Kildare Chilling lead the way with a base price of 610c/kg (excluding QA bonus), while the two Irish Country Meats plants are starting negotiations with farmers at 600c/kg.

Hogget prices have also remained relatively unchanged from last week, as the majority of processors are working off a base price of 500-525c/kg. 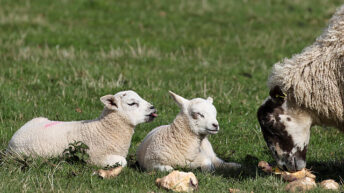