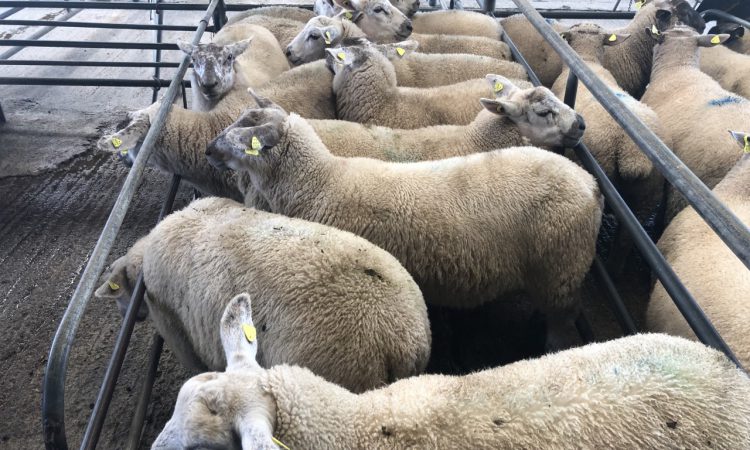 Speaking to mart managers over the past week, it is clear that the strong factory prices of late are helping to strengthen the trade ringside.

Many marts have reported price increases for factory lambs, with the majority saying that factory-finished lambs are stronger by €2-4/head in comparison to the previous week.

Over the past seven days, butcher-type lambs have been trading from €111/head up to €118/head, with selected lots breaking past the €120/head mark and going above €125/head in some cases.

Also Read: 'There is an appetite for sheep at the moment that we haven't seen for a couple of years'

In general, forward stores have been trading from €92/head up to €97/head, with some lots that have a nice cover of flesh making a bit more.

Stores less than 35kg sold from as high as €85/head. In general, light stores, both lowland and mountain-types, have been trading from €55/head up to €80/head, with select lots as mentioned above making a small bit more.

Cast ewes continue to trade well. Well-fleshed ewes have been trading from €100/head up to €120/head, mainly, with select lots reaching €130-135/head.

Mart manager Terry McGovern reported a “huge sale” of sheep on Friday last (September 4); although, he noted that the trade was improved for some classes of sheep and slightly easier for others.

In terms of factory-finished lambs, Terry said that they were met with an improved trade, with prices for these lots stronger by €2-4/head.

Store lambs were a slightly easier trade on the day, according to Terry.

Heavy cull ewes topped out at €119/head, with prices for these lots starting out at the €100/head mark.

Nearly 2,300 sheep were entered on the day, which also included stag ewes.

Maura described the trade as “cracking”, with all types of lambs selling strongly.

Finally, cast ewes sold from €52/head for store ewes up to €106/head for heavy ewes, which was back from the previous week. 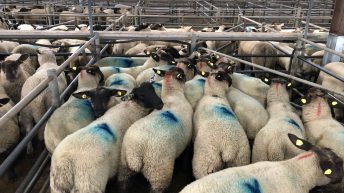 Sheep trade: Base quotes for lambs on the rise once again