How green is Northern Ireland’s energy?

Almost half the electric used in Northern Ireland this year has been generated from renewable sources, according to new figures detailing the region’s progress in going green.

This represents an increase of 3.6 percentage points on the previous 12 month period and is the highest rolling 12-month proportion on record. 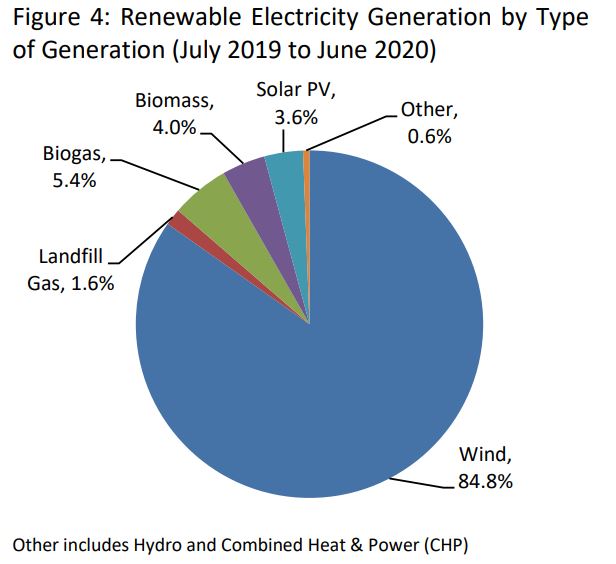 Covid-19 was noted to have had an impact this year. The three lowest monthly electricity consumption volumes on record were recorded in April, May and June 2020.

In terms of the volume of electricity consumption between July 2019 and June 2020, some 7,505 Gigawatt hours (GWh) of total electricity was consumed in Northern Ireland. 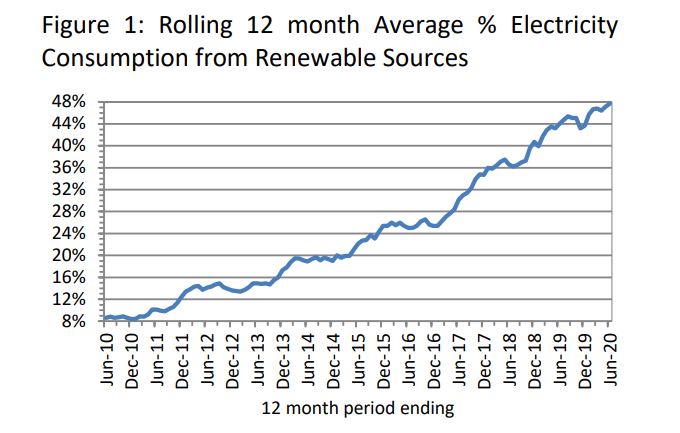 Over the same period, some 3,577 GWh of electricity was generated from renewable sources within Northern Ireland.

Steven Agnew, head of the Northern Ireland Renewables Industry Group (NIRIG), called for a new 80% target to be set for 2030.

“With 47.7% of electricity consumption locally over the last year coming from renewable sources, Northern Ireland has surpassed its 2020 target, something the sector is immensely proud of,” he said.

“These figures demonstrate the significant role renewables play in meeting our energy needs and addressing the climate crisis.

However, we are only at the beginning of what we can achieve. Due to the absence of an effective renewables policy, we have reached this target despite no new large-scale renewable projects becoming operational in the last two years.

“The onus must be on creating a cohesive Energy Strategy that harnesses the opportunities renewables presents both now as part of the green recovery, and in the future, by setting a target for 80% renewable electricity by 2030.

“In the last two decades, renewable energy has resulted in a net £135 million benefit to consumers and a nine million tonne reduction in carbon emissions.

“Let’s, therefore, maximise Northern Ireland’s renewable energy ability and create an ambitious energy strategy that delivers even more for consumers over the next 10 years.”