Sheep kill: Throughput up slightly from this time last year

The number of sheep processed for the first two weeks of 2021 is up slightly from the same period in 2020, figures from the Department of Agriculture, Food and the Marine (DAFM) show.

Factory appetite for lambs has been very strong since the turn of the year, with prices reflecting this. Top deals over the past week have topped €6.50-6.60/kg for lambs/hoggets.

Mart managers have been quick to note the strong demand from factory agents for lambs, with the mart trade for lambs pushing on from where it let off before Christmas.

The number of ewes and rams slaughtered was also up on the first week of 2020, with a further 569 processed.

Looking at last week’s kill, the number of sheep processed was running behind to what was seen this time last year. In total, 52,433 sheep were processed for the week ending Sunday, January 17, while during the same period last year, 56,934 sheep were slaughtered.

Breakdown of the sheep kill for the week ending Sunday, January 17: 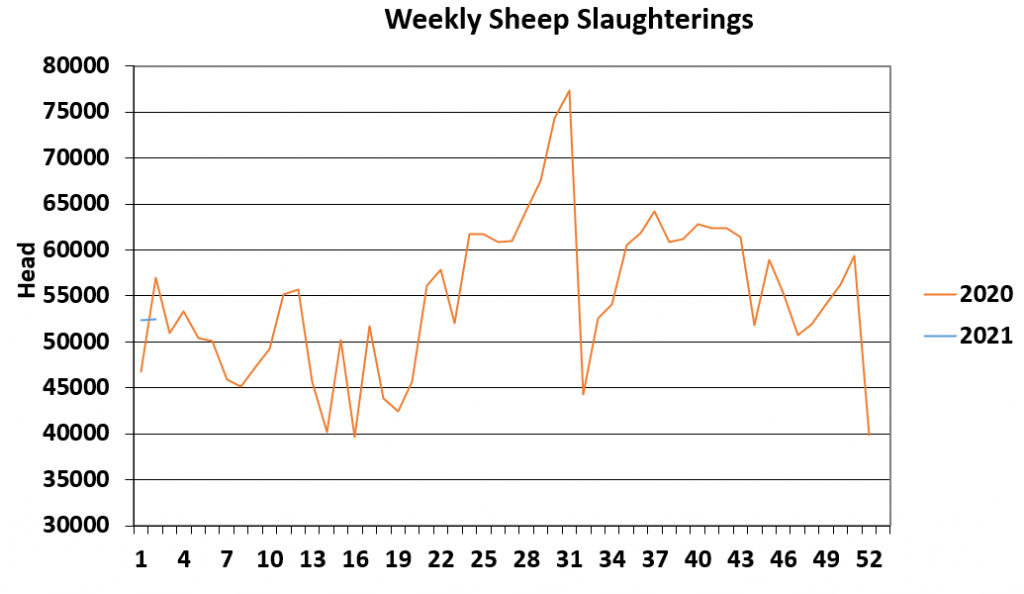