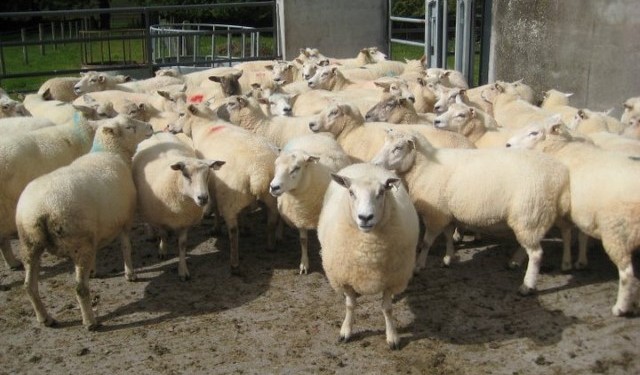 Genomics will be used to deliver significant breed improvement within the Irish sheep sector over the next two years, according to Sheep Ireland’s Kevin McDermott.

“A case in point is the work we are doing with Teagasc and UCD, under the aegis of the Ovigen project,” he said.

“This is an overarching programme that has been designed to assess the impact which genomic selection can have for the sheep industry as a whole.

The aspect of this work which is likely to deliver the most immediate result is that of identifying genetic markers linked to nematode worm resistance. Irish sheep farmers are already aware of the issues pertaining to the development of anthelmintic resistance by these roundworms and the challenge this poses for industry as a whole.

McDermott confirmed that Sheep Ireland staff are currently collecting DAG and tissue samples from 350 pedigree Texel, Charollais, Suffolk, Belclare and Vendeen flocks in Ireland. The DNA material is secured by taking a small sample of tissue from each animal’s ear using a unch.

“We already know that the genetic heritability, where health traits are concerned, will vary both within and between breeds,” he said.

“But in most cases there is a positive linkage of some description. Focussing our efforts on pedigree flock means that we are working with sheep of known and traceable phenotypes.

“Using traditional genetic techniques we may well have breeding information which could be of direct use to flock owners next year. However, it may well be 2017 before all the genomic data becomes available.

“We are still at the research and development stage, where the project is concerned. And we will not know the full implications of the work until the results have been fully analysed.”

Ovigen is a four-year research project exploring the possibility of genomic selection in sheep. It is funded is funded by the Department of Agriculture, Food and the Marine.

“Genomics has already been used successfully to deliver an enhanced rate of breed improvement within the dairy and beef industries,” said McDermott.

“Our role is to ensure that the Irish sheep industry is not left behind in this regard.”