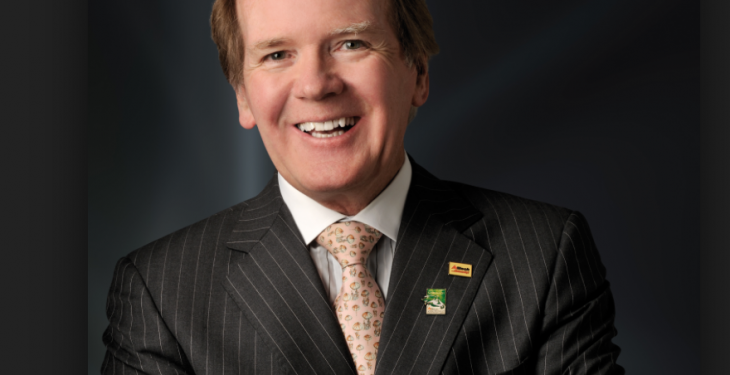 The Sunday Times Irish rich list for 2015 has a number of people from the agri-business sector, including the Goodman family and Pearse Lyons.

However, the richest from the agri-business sector is Lady Ballyedmond and family, who are behind the Northern-Ireland based Norbrook pharmaceutical company, which produces a number of animal health products.

They are worth £1.4bn and make it into the top 100 richest people in the UK and are the sixth richest in Ireland.

Pearse Lyons, of Meath-based feed ingredients company Alltech, comes in at No 8 on the Irish list, with wealth estimated by the Sunday Times to be in the region of €1.37 billion.

Larry and Kitty Goodman make the list as Irelands’ 18th wealthiest, with an estimated wealth of €706m.

Next from the agricultural sector is Bert and Maurice Allen, the people who built up the Slaney Meats Group, with wealth estimated at €381m

Belfast-based W&R Barnett helps Robert Barnett onto the list, with wealth estimated at €249m. The commodity trading and agri-business business dates back to 1896.

The Musgrave family, with wealth estimated by the Sunday Times at €181m, own Supervalu and Centra.

Brenda Slaters, through the Co. Antrim-based SHS food and drink distribution group, is worth €151m.

David and Carl McCann, who run Total Produce and Fyffes and are worth €118m, while the Co. Tyrone-based Dunbia meat processor puts its owners Jack and Jim Dobson on the list as Ireland’s 133rd richest, worth €96m.

Others, outside Ireland’s top 150 richest list, include Owen Killian – the Roscommon man who transformed IAWS into Arytza, a global baked goods producer. He’s worth an estimated €82m.

The Keating family, of Kepak fame, are worth an estimated €70m and are at 188 on Ireland’s rich list.

Michael and Lesley Herbert, who made their fortune with Europe’s largest KFC franchise are worth €68m and are based in Belfast.

Monaghan Mushrooms founder Ronnie Wilson in on the list at 212, with an estimated wealth of €63m, while Liam and Kathleen Quinn, who own Quinns of Baltinglass, are worth €55m.