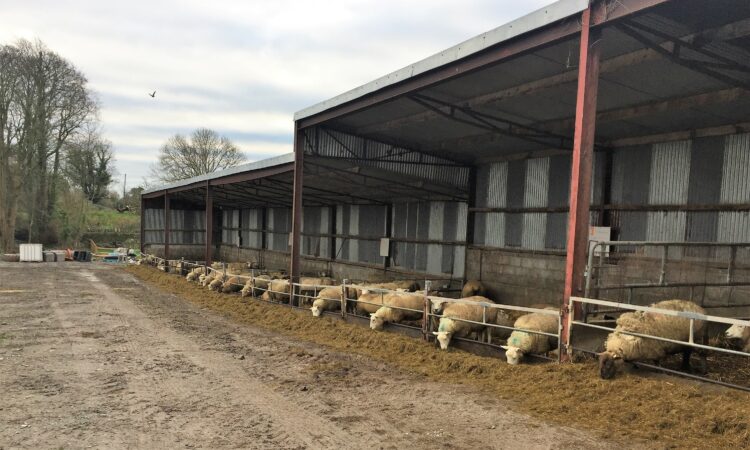 Since joining Sheep Ireland as a full performance recording flock, the performance of the flock in Salesian Agricultural College at Pallaskenry has greatly improved due to data recording.

He said: “The college’s flock has been breeding sheep for over 60 years. This year, there are 210 ewes lambing down in four weeks, from the middle of March with the aim to breed a highly-prolific flock of 5-star replacement index ewes.”

Back in October 2016, all ewes were artificially inseminated to Central Progeny Test (CPT) rams to assess ewe genetics against other flocks.

The aim of this was to find out the best and worst performing ewes in the flock.

“This provided a platform to assess ewe genetics against other flocks and improved the accuracy of the data,” he added.

David sees the enforcement of EID tagging as an opportunity to increase data recording in flocks and ultimately improve flock performance.

In addition to the flock due to commence lambing in March, all of the ewes were winter sheared on January 10 and are due to be pregnancy scanned on January 21.

As a management practice, all ewes are housed in the run up to lambing in straw-bedded pens in groups 20-25 ewes. 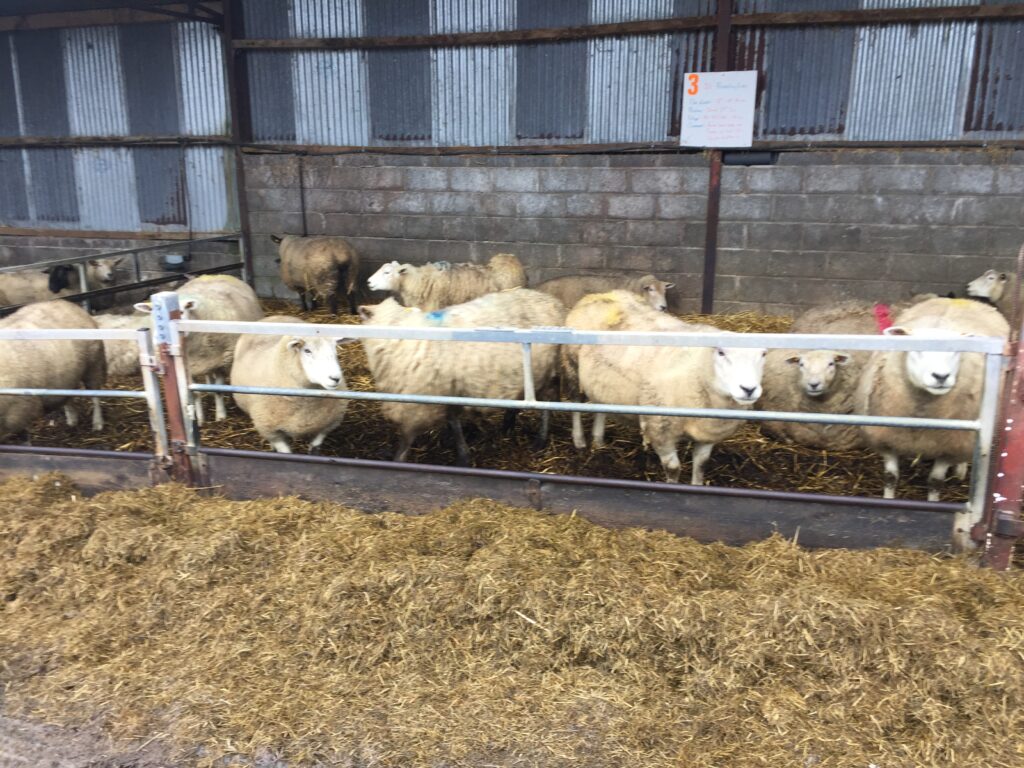 In order to be able to do this, the ram team were raddled to help identify when each ewe was mated.

“The rams were raddled – during the breeding season – and the raddle colour changed to a different colour every week starting with yellow the first week. This was followed by red, green and then blue. So, we have a good idea when they will lamb down.”

A noteworthy idea that the farm is using is that they placed boards over each pen of ewes. This displays essential details, including: how many ewes are in that particular pen; the date which they are due to lamb; dietary requirements; and any necessary additional details.

Touching on replacements, David highlighted: “Replacement females are chosen on the basis of having a replacement index higher than mature ewes in order to keep the genetic gain in the flock increasing. 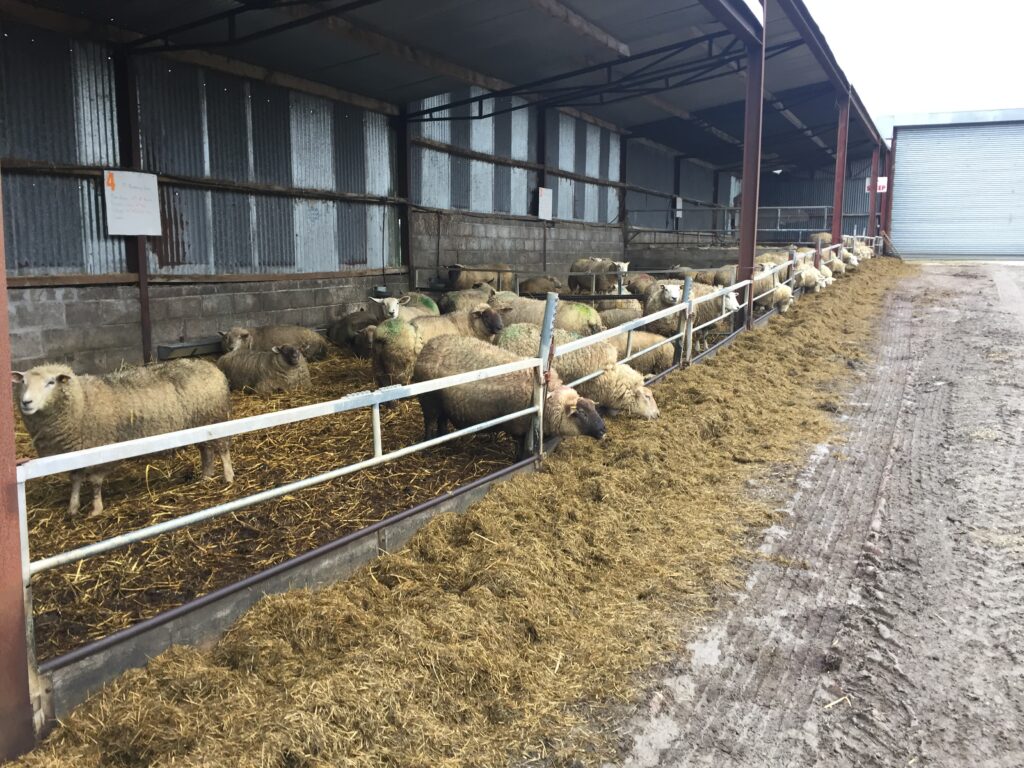 “These are high replacement index females and will be the foundation of the flock for a number of years.”

Analysing the data is not the only technique used to select replacements; this is used in combination with examining physical characteristics. 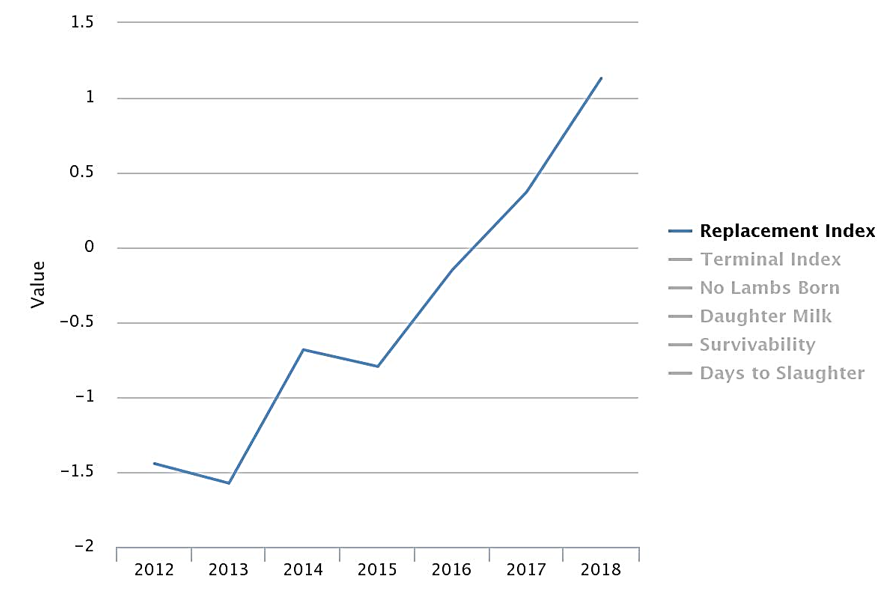 Touching on the grazing system implemented on the farm, he said: “The lambs creep graze ahead of the ewes and then the ewes follow on to clean out paddocks.

“90% of the lambs were finished off grass in 2018 and the remainder got meal. Even during 2018, the grass growth on the sheep block was good, so lamb growth rates didn’t suffer that badly compared to some of the other farmers around the country.”

He added: “The grazing block is located around the college; they might be in a paddock grazing for two or three days and then they are moved onto a new paddock.

“The aim is to have all the lambs finished off grass before the rams go out again for the start of the breeding season in October; a date that has not been hit yet, but is getting closer each year.

“Grass measuring is done on a weekly bases and this ensures correct grazing decisions are being made. Sheep typically enter a paddock at a cover of 1,000kg of DM / ha.

“This leafy grass insures that the ewes will have adequate milk production, as well as good growth rates in lambs post weaning,” he explained.

“We found that our ewes who were of higher genetic merit for milk had lambs nearly 7kg heavier – on average – at weaning compared to 1-star counterparts. 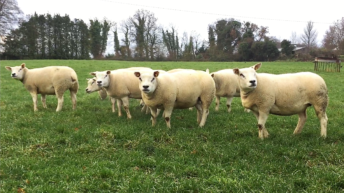 Sheep focus: ‘I thought he was the best ram lamb I ever had’