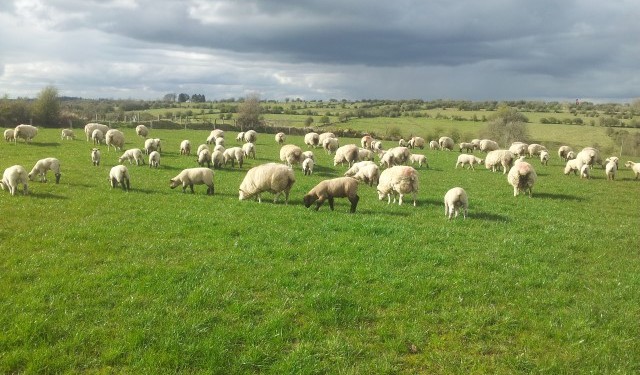 The outlook for Irish and EU lamb prices for 2014 is more optimistic. Teagasc forecast that sheep farm incomes will recover next year from low levels in 2013.

He said: “Tightening global supplies of mutton and lamb are forecast due to the impact of last year’s drought in New Zealand and the flock rebuilding process ongoing in Australia. Both countries are also reorienting there lamb export strategy towards east Asian markets.”

With reduced imports and still contracting EU supplies of lamb prices are forecast to increase by 3 percent in 2014. Hanrahan noted: “While demand is still relatively week. We see that the supply side contraction is going to push prices higher.”

He also commented: “France has been our most important market for lamb and the French economy has been quite weak. However, newer markets are giving a higher return especially in northern Europe. Were we are receiving more value per tonne of lamb exported in these regions particularly Sweden.”

On the supply side Hanrahan cited that feed and fertiliser prices are both forecast to decline in 2014. On feed usage he said: “volumes of feed and fertiliser used are also expected to revert to more normal levels following increases due directly or indirectly to the 2012/13 fodder crisis.

With lower costs of production and higher output values gross margins on mid-season lowland lamb enterprises in 2014 are forecast to increase by 22 per cent.

Looking back on this year Hanrahan noted the European lamb market prices in 2013 were marginally lower than prices in 2012. He said: “Prices have been declining in the last few years for lamb producers.”

He cited prices were 1.5 per cent lower in 2013 relative to 2012 on foot off sizeable increase of imports of lamb into the EU particularly from New Zealand which offset declining EU production of lamb.

The Fodder Crisis had a big impact on costs for sheep farmers. According to Hanrahan: “Costs of production for Irish mid-season lowland lamb enterprises grew strongly in 2013 due to the fodder crisis of 2012/13 and higher concentrate feed prices.”

“Given the movements in sheep margins and the relatively unchanged value of subsidy payments to sheep farmers, it is estimated that the average Sheep farm income decreased by 14 per cent in 2013 to approximately €16,000.”