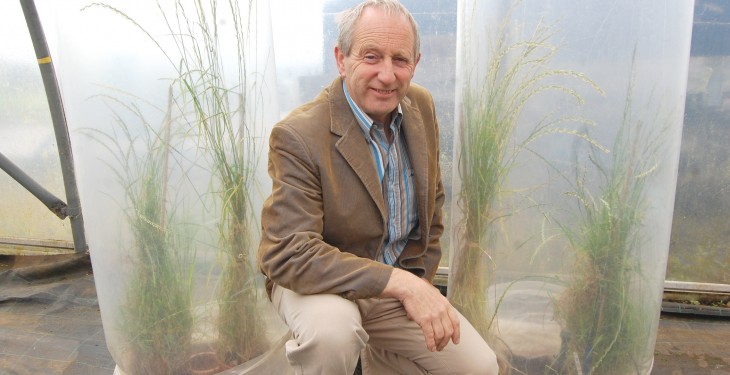 The latest grass variety to come off the more than impressive ‘production line’ at the Agri-Food and Biosciences Institute (AFBI) in Loughgall in Co Armagh is Clanrye.

A late diploid perennial ryegrass, it has been developed as part of the ongoing grass breeding programme funded by the Department of Agriculture in Northern Ireland (DARD). It will be brought to market next spring by the seed house Barenbrug UK Ltd.

The new variety is a further addition to the growing list of high-performance grasses that have been bred by AFBI, specifically for use on Irish farms. Many Loughgall varieties are included in the grass seed mixtures made available by merchants throughout the island of Ireland.

The breeding system that produced Clanrye has involved a new approach by AFBI which combines grasses with very different genetic backgrounds and geographical locations. Under this new system, inter-crosses have been made with grasses acquired through Barenbrug’s breeding programmes in France, Netherlands and New Zealand. The resulting progenies produced from these crosses were tested at Loughgall and also in Barenbrug trials in Evesham, Aberdeen and the Netherlands.

The new variety Clanrye developed out of this programme has a very wide adaptability to different environmental conditions. Breeding of Clanrye commenced in 1999, representing a very long investment by DARD, AFBI and Barenbrug in the grass breeding programme at Loughgall.

Loughgall Manor Estate, located in North Co Armagh, takes in an area of almost 200 hectares. General farming operations began there in 1949 with the establishment of a livestock husbandry farm and in 1951 a specific centre was set up to support the horticultural industry.

In 1952 the Northern Ireland Plant Breeding Station was established Loughgall. Breeding originally concentrated on oats and flax. Flax breeding ceased in 1959, only to be resumed in a small way 15 years later, with oat breeding brought to an end in 1988. Forage grass breeding began in 1951 and potato breeding in 1957.

These are now the main breeding programmes at the station. In 2006 the station became part of AFBI, now the umbrella body with responsibility for agricultural research in Northern Ireland.