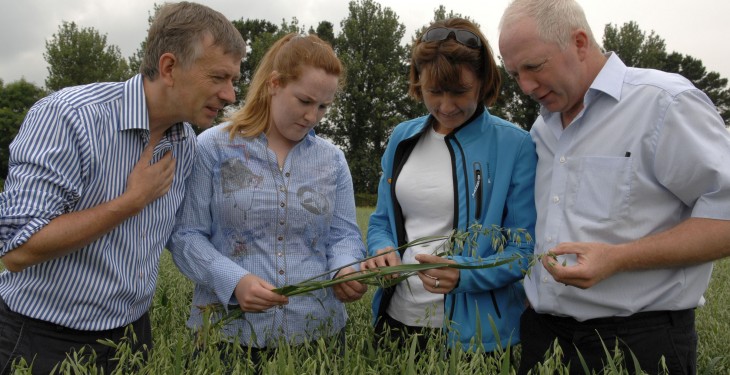 The prospects for cereal growers are good, with good yields predicted this year, while Irish whiskey sales are growing worldwide and production of oat-based products increasing, according to the Irish Seed Trade Association (ISTA).

Tom Bryan, President of ISTA, said that Irish whiskey sales are increasing worldwide and the expansion of the Jameson distillery in Midleton is good news for Irish growers of malting barley as was  the increasing number of Irish craft  breweries. There are now almost 40 craft brewers in Ireland, he said.

Speaking at the annual ISTA open day, Donal Fitzgerald, ISTA Deputy President said that with both Flahavans and Glanbia increasing their processing facilities for food grade oats, there is good market potential in the US and elsewhere. He also pointed out that Connolly’s Red Mills, a major user of equine oats has become the first in the world to secure a licence to import horse feed into mainland China.

Tom said that he expects good cereal yields this autumn, with an increased area sown to winter barley. This crop has been performing well and has replaced continuous winter wheat on many farms, he said. “Cereal crops established well this year and got off to a good start due to the excellent quality of Irish certified seed assembled last harvest.”

He went on to say that with a record number of dairy cows in the country and milk production due to increase significantly, there will be an increased demand for animal feed and cereals. “In addition progressive milk producers are contracting with tillage farmers to grow forage maize, wholecrop silage, fodder beet etc. This makes more economic sense than paying exorbitant prices for renting grazing land.”