May sees another big uplift in beef production 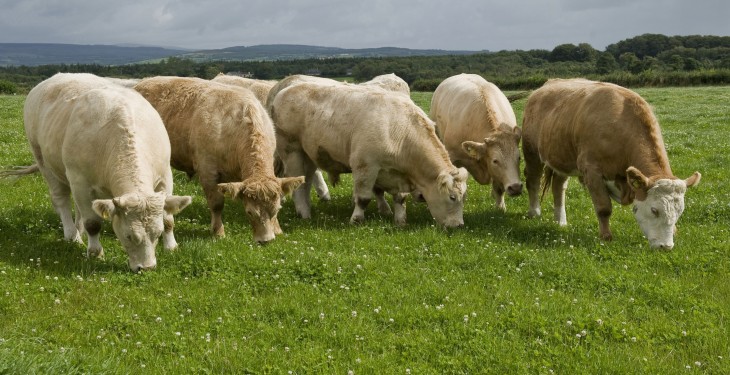 Irish beef production in May was once again significantly ahead of year earlier levels, according to EBLEX.

It highlights Central Statistics Office figures which show that at 49,100 tonnes, production was up 18%, or 7,400 tonnes, on May 2013. EBLEX says the increased slaughtering’s follow the general trend of the year so far and in the year to date the Irish report that cattle throughputs are up 13% or 85,500 head on last year’s position. With better conditions resulting in higher slaughter weights at 242,000 tonnes, beef and veal production in the five-month period is up more than 15% year on year.

EBLEX highlights that with the Irish beef industry very reliant on exports and the UK by far the largest destination for Irish beef, the increased imports recorded so far this year look set to continue. However, current indications are that supplies will tighten towards the end of the year will remain tight in 2015 and into 2016.

EBLEX also comments that with Irish supplies still well ahead of year earlier levels, the fact that Irish prices have remained largely stable of late is something of a positive in the current market.

Nonetheless, EBLEX states that the price differential it is still higher than it was for much of the first half of 2013 and is still relatively high in the historical context. As such, it says it remains likely that the pressure on the UK market is set to continue until supplies tighten or demand improves markedly.