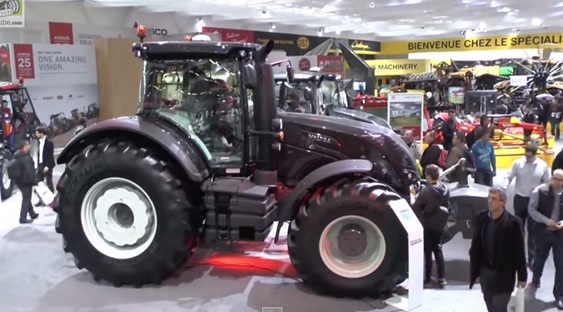 Valtra won Machine of the Year at SIMA 2015

19 independent agricultural journalists from European trade magazines of 17 countries made the selection and Machine of the Year is one of the highest recognitions for tractors with innovative technology and total performance, Valtra said.

Launched in November 2014 in Frankfurt, deliveries started in December and the order backlog of he new T Series has been higher than ever before in the company history, it says.

Mikko Lehikoinen, Marketing Director Valtra Inc. said that “this is an important recognition for Valtra and AGCO.”

There are seven models of the fourth generation of the Valtra T Series ranging from 155 to 250hp and Valtra is the only tractor brand to utilize AIRES+ pneumatic front axle suspension, the machinery company says.

There are four transmission types of the Valtra T Series: HiTech, Active,Versu and Direct, Valtra says.

“The tractor has also undergone over 40,000 hours of testing in all conditions, both on the field and in the lab, in the Nordic cold and Southern heat. Durability, high performance, low operating costs and driver comfort were the top demands to this series from the start,” Valtra says.

Check out the range of Amazone spreaders:

Also take a look at the Lindner Geotrac 84 EP Pro: