A security officer working for AIB was injured during a farmer-led protest at the bank’s annual general meeting (AGM) which took place at the Ballsbridge Hotel in Dublin yesterday, Wednesday, April 24.

Dozens of members and representatives of the Irish Farmers’ Association (IFA) gained entry into the hotel to voice their opposition to the bank’s proposal to include certain farmer loans as part of its recently announced loan sale.

However, it is now understood that a female security employee of the bank was injured by a door as the group rushed into the lobby. 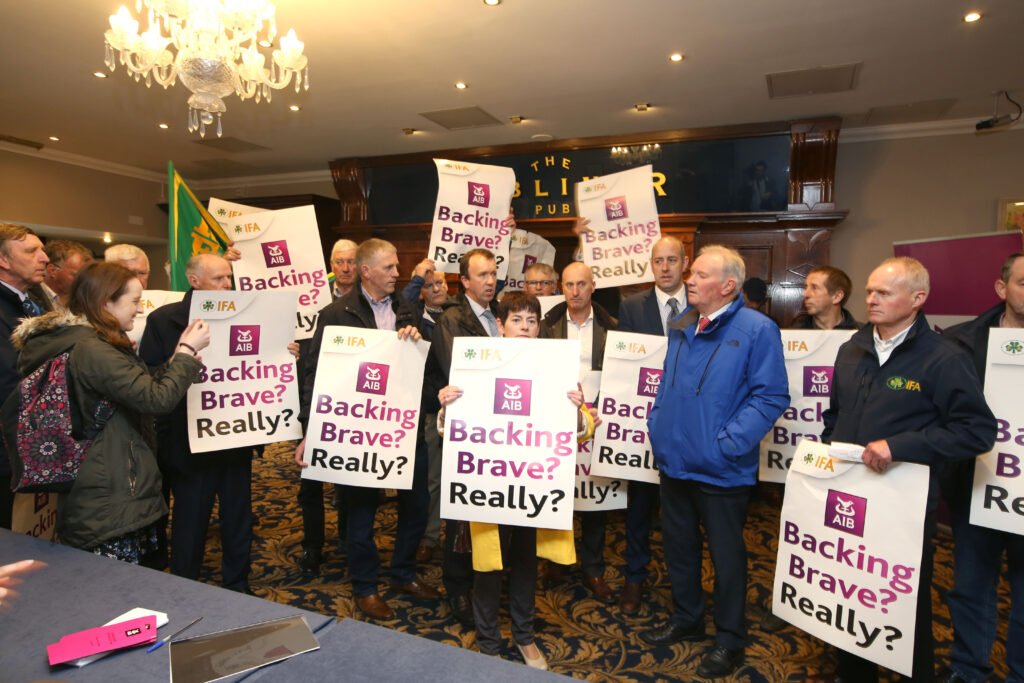 A spokesperson for AIB confirmed that: “A person working at the bank was injured while on security duty during the protest.”

It is understood that the female employee was subsequently hospitalised as a precautionary measure.

The bank was made aware of the protest in advance of the rally and normal preparations for an AGM were carried out.

A spokesperson for the IFA said that the association “will not be commenting on the incident”.

Speaking outside the AIB AGM yesterday, the IFA’s farm business chairman Martin Stapleton said: “It is wrong that AIB would sell these loans to a vulture fund. 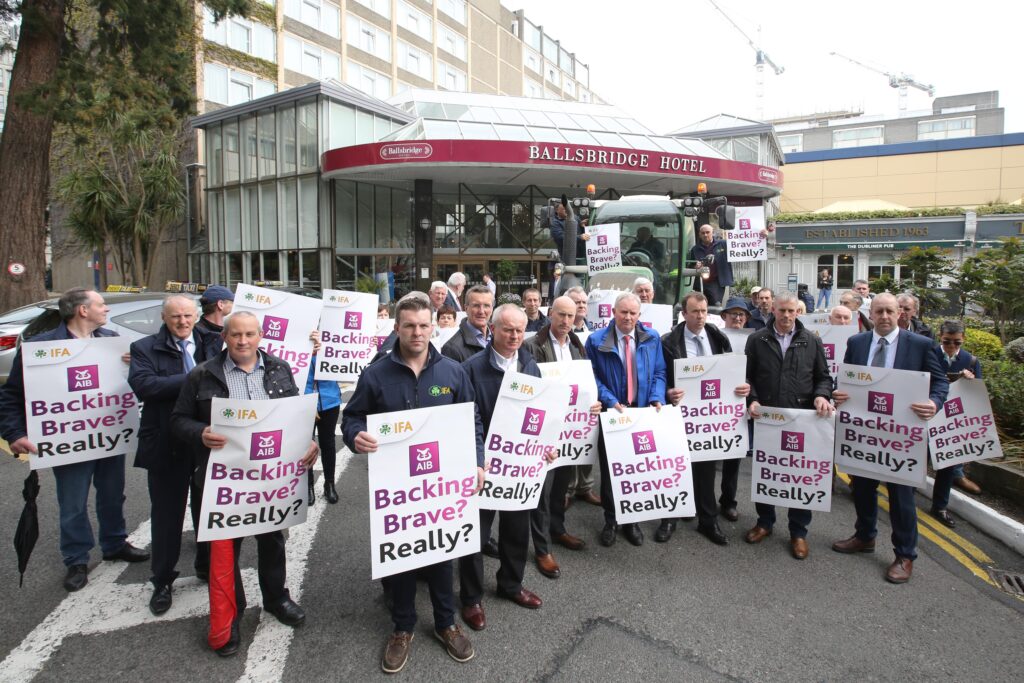 “We want AIB to remove loans from the sale that have been restructured, or where the farmer is making a genuine attempt to pay or negotiate with the bank.

Irish taxpayers retain a 71% stake in AIB; we bailed out this bank when it was on its knees.

“The sale of farm loans occurs without any clear selection criteria being provided to the borrower. There is no transparency in how AIB approaches these sales.”

Stapleton called on the Minister for Finance, Paschal Donohoe, to intervene on the issue.

The association is expected to continue with its campaign around Ireland over the next few weeks.

Earlier this month, AIB announced the sale of a non-performing loan portfolio worth €1 billion, which includes limited agriculture exposure.

The AIB Group agreed to sell the non-performing loan portfolio to Everyday Finance as part of a consortium arrangement with Everyday and affiliates of Cerberus Capital Management.

In a statement previously issued by the bank, AIB said: “This is another important step in our non-performing exposure (NPE) deleveraging strategy and we remain on track to reach approximately 5% by the end of 2019.”