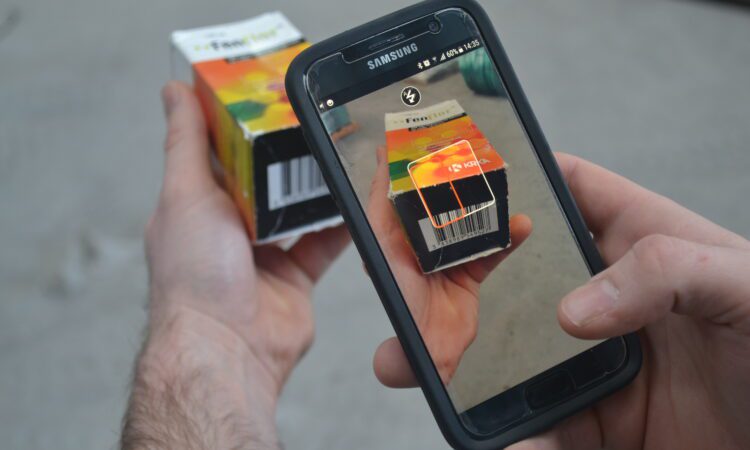 Ahead of this year’s LAMMA show Herdwatch was announced as winner of the Silver Online Innovation Award 2019.

Currently used on over 8,000 farms across Ireland and the UK, the farm management app recently introduced a new tool to livestock farmers called the “Farm Medicine scanner”.

Commenting on this new tool, product owner of Herdwatch, Gearoid Kenny, explained: “The Farm Medicine Scanner is aimed at all farmers. It makes recording animal medicine so much easier for farmers and simply takes the stress out of the assurance paperwork.”

The initial inspiration for the Farm Medicine Scanner derives from the issue that recording farm medicines has been a constant challenge for farmers, according to the company.

Herdwatch created a piece of software to make it easier for farmers to record their medicines, by allowing them to record purchases and treatments on the spot using the app.

The firm built a smart barcode scanner into the Herdwatch app to allow farmers to scan their farm medicines using the camera on their smartphone.

The app recognises a given barcode and identifies what medicine it is and what its corresponding veterinary medicines directorate (VMD) is, according to Herdwatch.

Advertisement
If there is a QR code available, the app will also be able to automatically pull in the batch number and expiry date.

Fabien Peyaud, Herdwatch CEO, said: “This gives farmers the confidence that their records are 100% accurate and in the event of a farm inspection, all the farmer has to do is show the inspector his reports from the Herdwatch app.”

This level of detail for farm medicine records is becoming more and more important as consumers demand more traceable products and antibiotic use becomes more strictly monitored and ultimately controlled.

Herdwatch can literally save farmers hours on paperwork every week by allowing them to record farm and animal events on the go as they happen.

“Our members tell us the app saves them at least two to three hours a week,” Peyaud claimed.

The Farm Medicine Scanner was adopted by the firm in ‘version 5’ of the app last year.

Brexit veterinary positions to be advertised in coming weeks