I think it would be a sad day if we are looking to get UHT milk to put on our cornflakes in the morning stated all year round liquid milk producer and TD for Carlow/Kilkenny Pat Deering.

Deering made the comments during an appearance by representatives of the National Milk Agency on front of the Joint Oireachtas Committee on Agriculture.

“We are in a situation in my opinion were liquid milk is not going to be viable going forward.”

Deering commented that UHT milk is commonly used in most European countries now.

“We had the advantage of having our own fresh milk. I think we are fast going down the same road,” he said.

It is not going to be viable post quota, he said, the cost of producing milk during the winter is going to be far too high for it to be sustainable into the future. 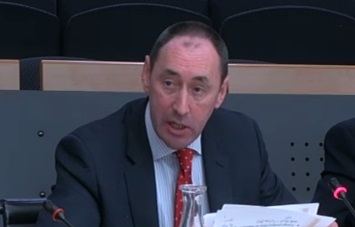 Deering outlined that he knows of a lot of dairy farmers in his area who are going to increase milk production. However he stated categorically that they are going to do it off grass and are not going to produce milk from November to February at very high cost.

“I think that is the big challenge post quota there is a willingness among farmers to increases milk production but not at any cost.

“To deal with an increasingly volatile market place farmers will have to be more efficient. The most efficient way of producing milk is going to be off grass not during the winter,” he said.