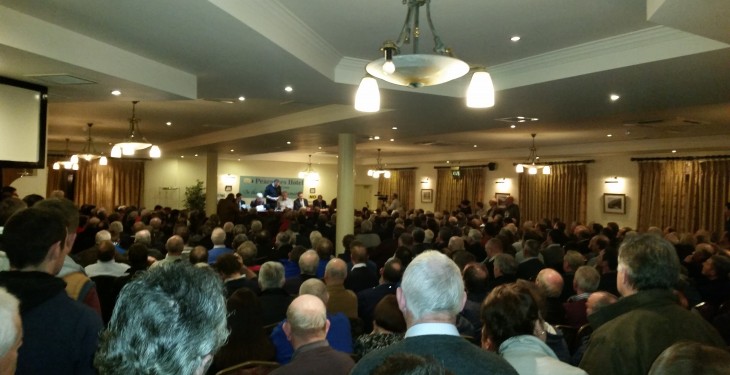 Commonage farmers have given the Minister for Agriculture, Simon Coveney, until December 1 to respond to their request for a meeting over what they say are unnecessary hurdles preventing farmers joining the GLAS scheme.

Marian Harkin said Member States should not set a rule or requirement that discourages farmers from participating in schemes.

She said the Minister for Agriculture, Simon Coveney, has the flexibility to sort this out in a way that individual farmers can access the GLAS scheme.

“I was very disappointed to hear the content of Minister Coveney’s letter. I was hoping I would hear something where the door was open a little bit. I thought I would hear something that would indicate that he was looking at finding a solution. I didn’t find it. The Minister will be the person who will take the final decision on this.”

She said the decision affects 15,000 farmers in Ireland.

Sligo farmer and spokesperson for the Hill Farmers for Action group, Colm O’Donnell, said there was a resounding call from the floor for further action to highlight the barriers stopping hill and commonage farmers into the GLAS scheme.

He said that the week previous Marian Harkin facilitated a group to travel to Europe and meet with high level officials, who told the farmers that collective contracts are left up to Member States to include, or not. “All along Minister Coveney has said there has to be a 50% collective agreement in place according to the European Commission. We now know it’s an option not a requirement.”

The group, he said, needs a meeting with Minister Coveney and has given him until December 1 to respond to their formal request for one.

“Our executive council are meeting tonight to see if we need to take further action, including rallies to raise awareness.”