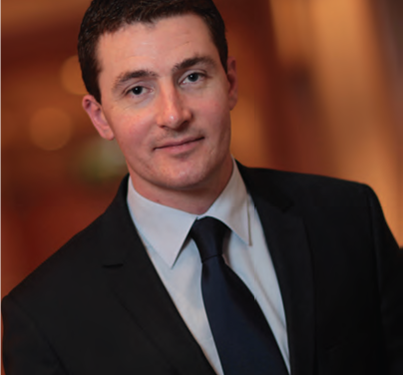 Roy Geary has been elected Chairman of the animal health division of the Animal and Plant Health Association  – APHA – the representative body for manufacturers and distributors of animal medicines and crop protection products.

Roy is regional director with multinational animal health company Zoetis, with responsibility for Ireland and the Nordic region.

From Cork, Roy is a graduate in agricultural science from UCD. He started his career in the AI and farm services division of Dairygold.

Since joining Zoetis in 2003, he has held a number of senior positions including business development and country manager before taking up his current role in June 2014.

He will serve as chairman of APHA’s animal health division until December 2016 and will lead the association on a number of major issues including the review of legislation on animal remedies and medicated feed.

He succeeds Maurice Hobson from Boehringer Ingelheim Vetmedica whose term of office had expired.

The Animal and Plant Health Association’s Veterinary Data Sheet Compendium is an invaluable reference for those involved in the health and welfare of animals. It provides up to date, accessible information on over 730 Veterinary Medicines.

The Compendium has been available in hardcopy for a number of years and it is now available on the APHA Website. The database is maintained and continuously updated by the APHA.