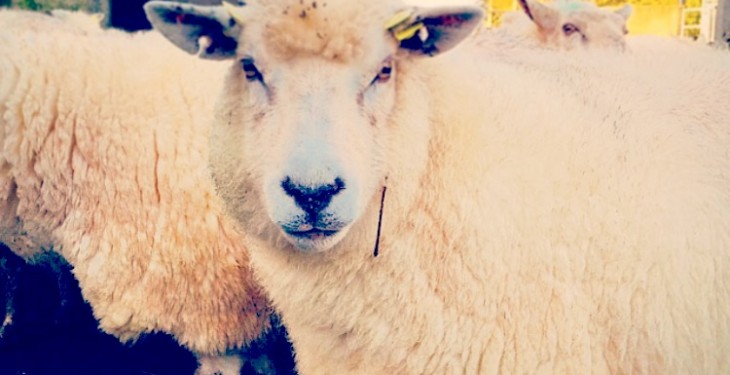 As well as growing her lambs it enables the ewe to produce an adequate supply of colostrum for the newborn lambs while also maintaining her own body reserves.

In theory, the ewes energy requirements could be met with excellent quality (75 -80% DMD) silage or an adequate supply of spring grass with protein and mineral supplementation for the final three weeks pre lambing. In practice most ewes are supplemented with concentrates along with average quality roughage (65 – 67% DMD).

A representative silage sample analysis will allow you to decide how much and for how long you will need to feed concentrates. In the last three weeks of pregnancy protein intake is most critical. At this stage the ewe needs to take in 200g of protein per day.

All feeds that the ewe eats contributes to this daily requirement but in terms of quality soya is the best available. Any good sheep ration or nut will have soya as its main protein source.

The best quality colostrum is of a thick consistency and yellowish in colour. Take particular note of the first few ewes to lamb – if milk supply is poor seek help and take action. Extra protein in the ewe ration may be needed.

For ewes that are lambed indoors many are housed at this stage (late January). The scanning of March lambing ewes is now nearing completion.

The scan results should be used to group ewes according to litter size when starting to feed concentrates. Also assess body condition at this stage – where twin bearing ewes for example are in poor body condition it would be appropriate to feed them similar concentrate levels to the triplet bearing ewes.

As a rule of thumb feed single bearing ewes 30% less than twin bearing ewes building up to a maximum of 0.5kg in the week before lambing.

Triplet bearing ewes should be fed 30% more than those carrying twins up to a maximum of 1kg prior to lambing. When silage quality is extremely poor, such as with a DMD in the low 60s or worse, higher level of concentrates will be needed.

On some farms ewes are housed nearer to lambing mainly for observation and convenience. A word of caution on housing too close to lambing is that ewes may not eat properly for a few days after housing and this increases the risk of twin lamb disease.

Keep a careful watch that all ewes are eating and if not separate shy feeders for a few days.Always ensure sufficient trough space so that all ewes have room to eat meal at one time – for larger breeds up to 600mm per head is required.

Concentrates should be fed twice daily when level exceeds 0.4kg per ewe per day. Plan for at least eight hours between feeds to avoid digestive upsets and maximise overall feed intake.

Ensure that a constant fresh supply of clean water is available – housed ewes on dry feed can consume as much as 6L of water per head per day in late pregnancy and even more after lambing. If water supply to the ewe is limited it can seriously suppress her appetite.