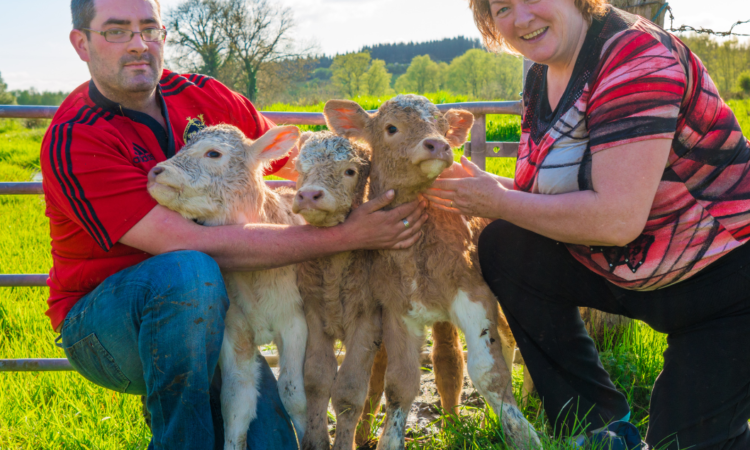 Associated with bad luck, the McGuiness family from Drumloin, Co. Roscommon, had a rather fortuitous Friday the 13th (April 13) when a Simmental cow gave birth to triplet bull calves on their farm.

Phil McGuiness explained: “She’s a fourth-calving cow and she was scanned for twins and we never even thought she was going to have triplets.

“She had the first calf herself and one of the feet was down when delivering the second and she needed assistance. Once two calves had been delivered healthy, we went inside for the breakfast; we never even thought she was going to have a third.”

Shortly afterwards, Phil returned to the cow and her new arrivals to meet three bull calves.

When I seen the three calves, I didn’t know what was after happening. At first I thought another cow may have calved and then I realised she had three healthy bull calves.

“The three of them are doing great; two of them look very much like their mother and one looks like the bull.”

The three bulls are currently still with their dam and Phil explained that they are thriving well.

“The three calves are after a Charolais bull; they’re strong and they’re healthy. They’re happy with their mother currently and we’ll see what way they go.”

It’s believed that the odds of a cow giving birth to triplet calves are as high as 1/40,000. When it comes to the three calves being of the one sex and surviving, the odds jump to 1/100,000. 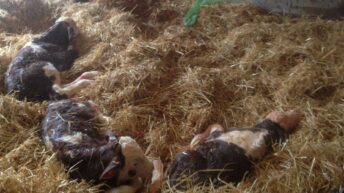 Triplet calves and ‘massive’ lamb delivered in the west