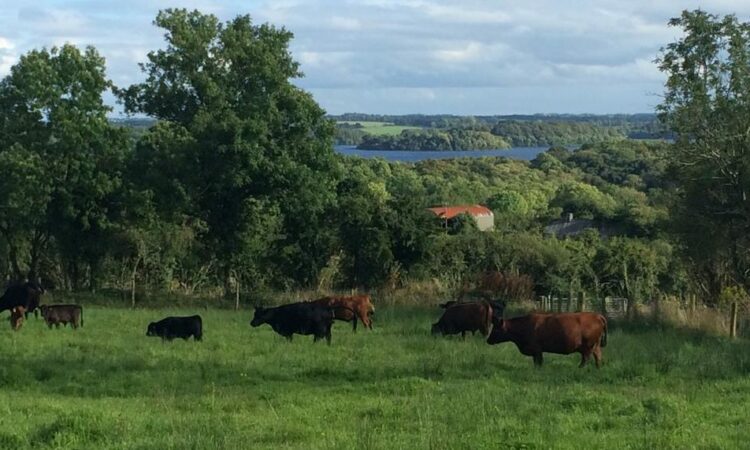 The Roscommon couple behind the Drumanilra organic farm, restaurant and farm shop is continuing to build the award-winning brand, with two new developments planned.

Liam and Justina Gavin left the UK in 2012 to farm in Boyle. “We had moved to Devon in the UK from Dublin in 2001 to set up a holiday business. The business grew from handling three seaside apartments in 2001 to becoming one of the largest in the south-west of England when we sold our share in 2016,” Justina said.

The couple had planned to farm in Devon or Cornwall but in 2005 Liam’s uncle and aunt, James and Peggy Tonra, told Liam they would like to leave the family farm in Corigeenroe, Boyle, to him. After James died, Peggy invited them to move back to the farm permanently.

“The original holding was 40ac of marginal land, sloping down to the Lough Key lakeshore,” Justina said.

“Originally a small dairy farm, James had leased some of the land since his retirement in the 1980s but other than that, the farm had been largely untouched since.”

Liam got to work clearing fields and tracks, repairing hedgerows and walls and stock-proofing the land. The couple cleared an old orchard and built polytunnels as well as a timber farm building.

They also constructed a small canteen and packing shed, with a view to getting a business and brand off the ground.

“We went into organic conversion with the Organic Trust in 2013 and achieved organic status in 2015,” Justina said. 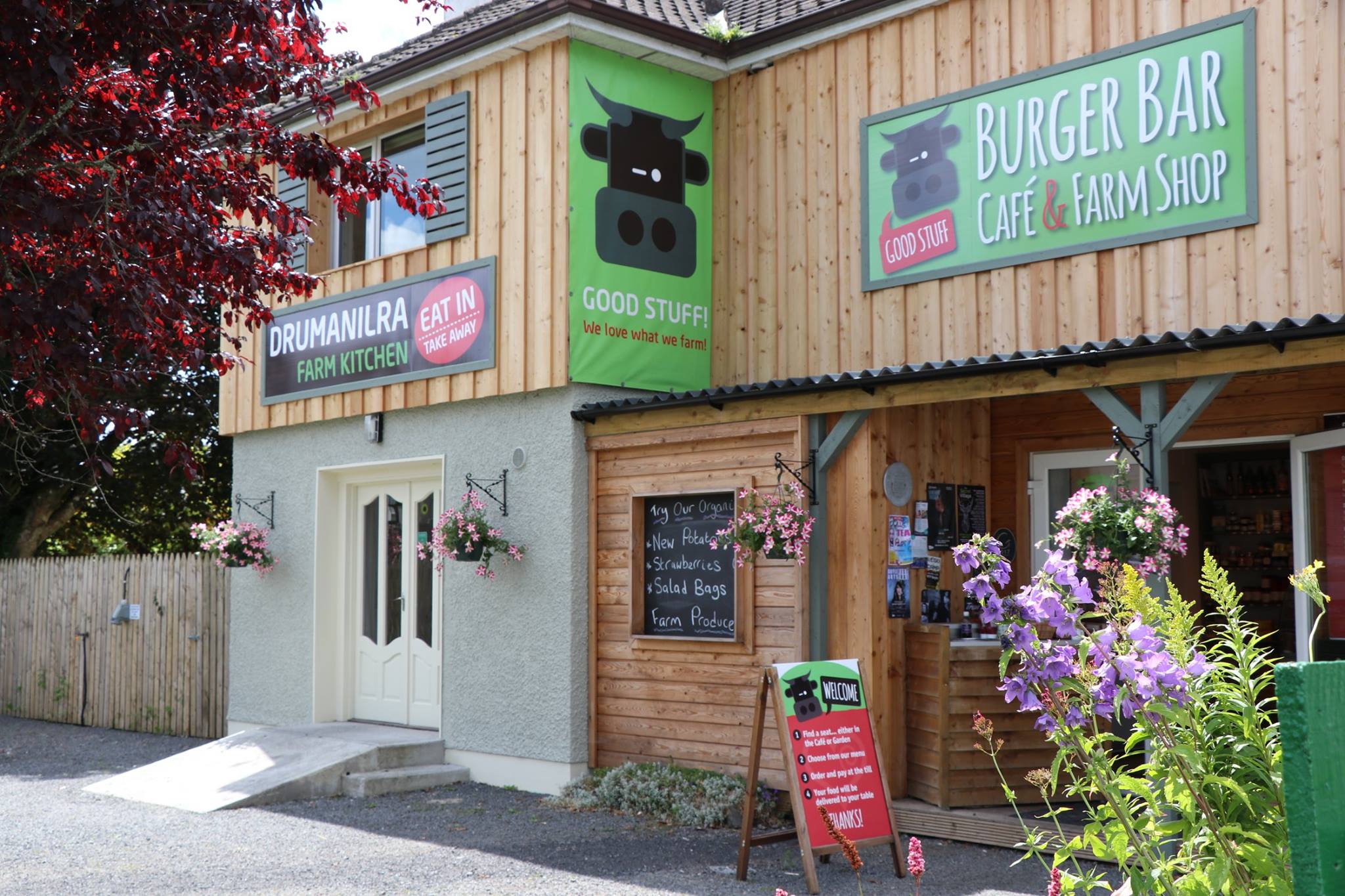 “We are entering an exciting phase in our growth this year with planning permission pending on two Drumanilra farm kitchen sites, a new premises in Carrick-on-Shannon and a complete redevelopment at our existing Boyle location.

“The planning application will be lodged this month for a more extensive restaurant and farm shop in Boyle, incorporating a fresh organic meat counter, organic bakery and deli, utilising energy saving and eco-technologies in the build design.

“The plans also include a meeting space which can be used for talks, workshops and cookery demonstrations focused on sustainable living, food production and farming practices,” she said.

We have been working to phase up the scale of our various farming enterprises so that we are ready to supply our produce to the two new units once they come on stream, together with an online shop.

“The farm now stands at 300ac with our organic pedigree Dexter herd building steadily, and our outdoor free range pigs, lamb and poultry all still in the mix.

“We have just launched a new menu at the existing Drumanilra farm kitchen in Boyle, which showcases the way in which our farm produce has evolved since achieving organic status with the Organic Trust Ltd in 2015.

“In particular, our pedigree organic 21-day aged Dexter steaks take centre-stage on the menu with our signature Dexter burger still a favourite. 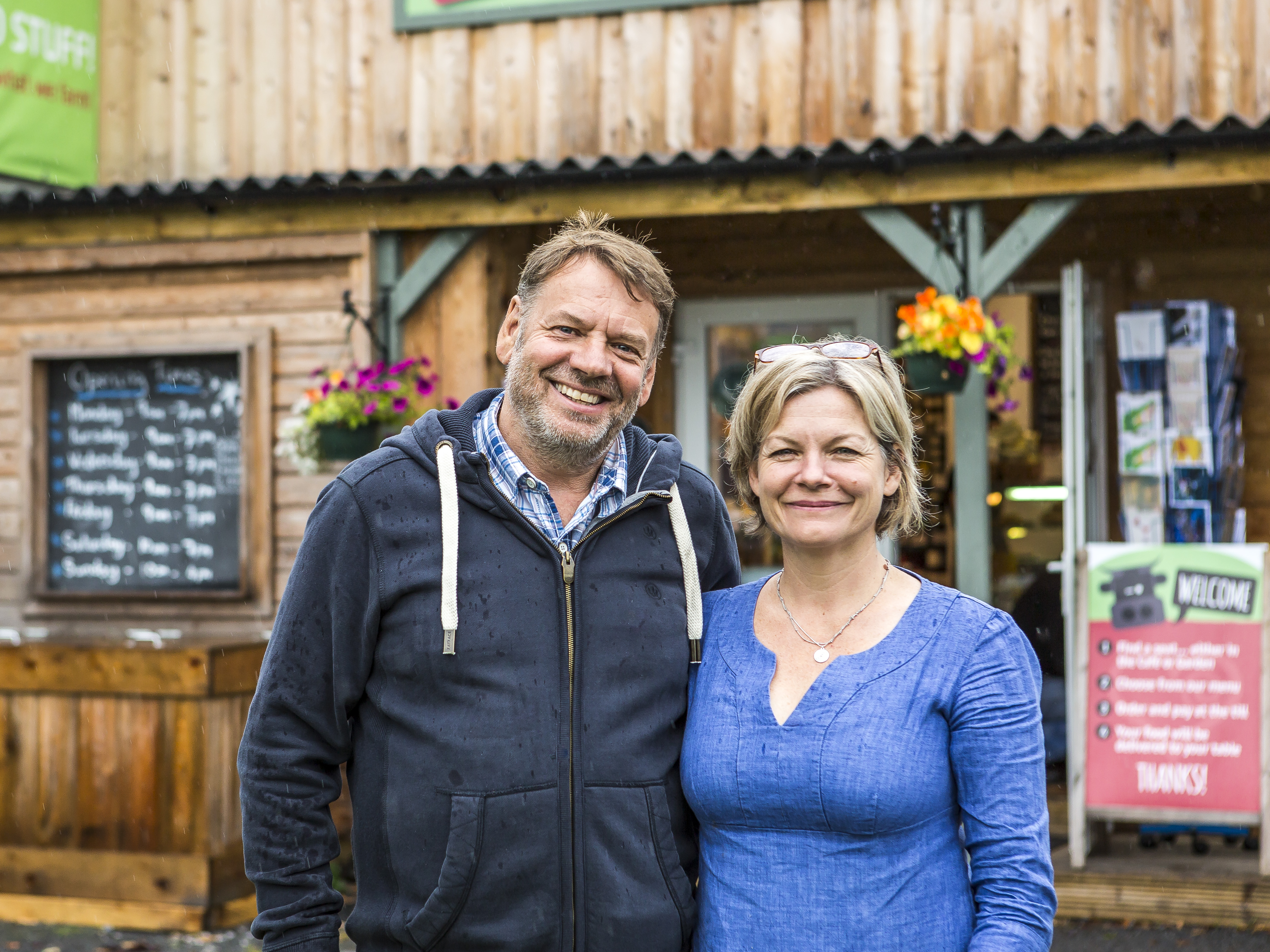 “We have also expanded our vegan and vegetarian options, to properly celebrate the amazing vegetable producers we work with.

“Our own market garden is set to receive some investment over the coming 24 months. [There are] plans to install two new additional polytunnels to ensure a continuous, all year ’round supply of our organic salad leaves, kale and spinach to the three cafes, with additional produce being sourced from local growers at Knockvicar and Croghan organic gardens and Beechlawn organic farm in Ballinasloe,” said Justina.

The final piece to the jigsaw for us will be further investment in infrastructure at our original Corrigeenroe farm in Boyle, to facilitate farm visits for those interested in seeing where our food is produced and learning more about the differences between organic and mainstream farming.

“We would hope to see this work complete at around the same time as the launch of our new farm kitchen sites.”

Already this year, the Gavins have accumulated a slew of accolades which are boosting their brand.

“We were delighted to be the recipients of some fantastic awards this year, all of which recognise the great ingredients and fantastic local, organic and artisan suppliers we work with here at Drumanilra farm kitchen, including our own Drumanilra organic farm,” Justina said. 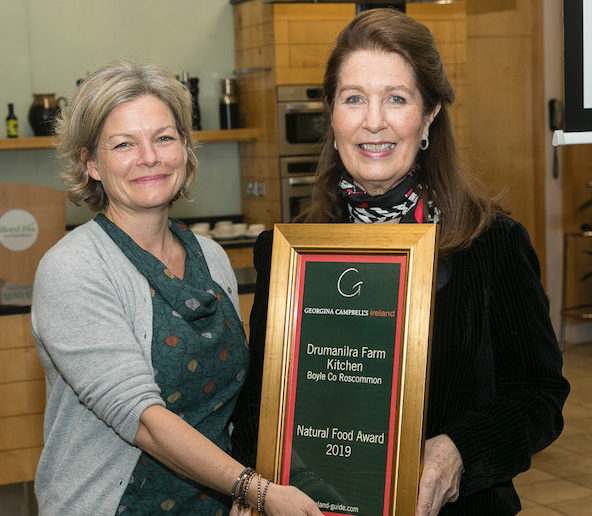 Drumanilra received the Georgina Campbell natural food award 2019. Drumanilra was also presented with several other awards. They include: the Irish Cafe Awards 2019 best cafe food, overall winner and most welcoming cafe in the west.

For more information on the Drumanilra brand and its enterprises, see: www.drumanilra.ie. 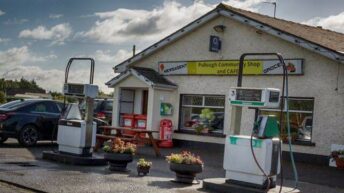