All roads lead to Gorey for Golden Shears spectacular 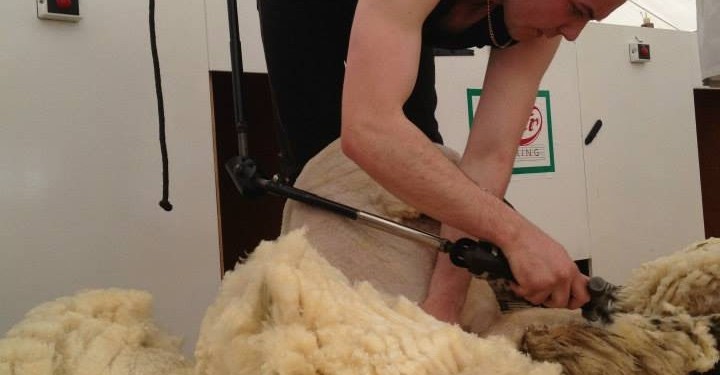 The next four days will see 100 plus  sheep shearers from 27 countries flexing their muscles to great effect at this year’s Golden Shears World Shearing Championships, taking place in Gorey, Co Wexford. From tomorrow (Thursday) through to Sunday, literally thousands of  hogget lambs will receive a short back and sides. And it will all be over in a heartbeat. Once the senior experts get going, the fleeces will be off – in one piece – within a minute.

Adding to the atmosphere in the Shearing Dome will be the one thousand-strong crowd in attendance for every session.

“The atmosphere at the Golden Shears in Gorey over the next four days will be electric,” event organiser George Graham told Agrialnd.

“What we have lined up is much more than a sheep shearing competition: it is a celebration of everything that is so positive about the Irish sheep industry and our rural way of life.

“Adding to the atmosphere will be competitors attending from New Zealand, Australia, Norway, France and of course all of the home countries.

“It has been a great honour to have so many of the world’s top shearers in Ireland. Shearing is a truly skilful sport. And it’s not all about speed. The quality of the fleece removed from the lamb is also taken into consideration by the judges.”

There was a time when New Zealand and Australia dominated the world of competitive sheep shearing: but no more! The current world record holder is Ivan Scott, who hails from Letterkenny in Co Donegal. And he has been demonstrating his undoubted talent to tremendous crowds at venues arounbd the world.

Ivan is the first shearer from the Northern Hemisphere to reach the pinnacle of the sport and he fully intends to maintain his number one rating for many years to come.  In setting the new world record back in January 2011, he successfully sheared 744 lambs in 8 hours.

“I can shear a lamb in about 50 seconds,” he told Agriland.

“We were raised with sheep at home and I was always fascinated by the skill of the men who would shear own flock during the summer months. And the fact that we had 300 hundred ewes meant that there was always plenty of sheep to practise on.”