Mystery surrounds role of Dairy Board in Newtownsandes contracts 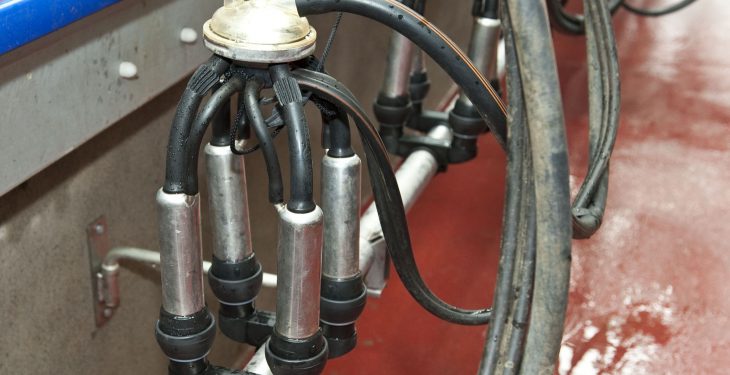 Producer shareholders of Newtownsandes Co-op in Co. Kerry have demanded a meeting with the management of the company, as they seek full clarification on the bona fides of two fixed price milk supply contracts put to them by post over recent weeks.

A leading Newtownsandes supplier told Agriland that the first bid came directly from North Cork Co-op and offered farmers a guaranteed price of 33.6 cents per litre for a specific proportion of their milk throughput with a 15% variation built in.

“The proposal covered a three-year period. This came totally out of the blue, with no heads up received from our own co-op regarding the detail of the offer. That I am aware of no one within the Newtownsandes’ producer group gave the proposal a second thought,” he explained

“Then, earlier this week, we received a second offer, this time in the form of a dummy contract that seemed to come from the Newtownsandes office. The money on offer had been improved somewhat but the small print contained a reference to the deal being subject to the approval of both North Cork Co-op and the Irish Dairy Board.

“There was also a reference to the new price offer being in some way linked to the Dairy Board’s Purchase Price Index.

“In truth not one of the suppliers to our co-op knows what’s going on! Twenty of us held a meeting last night. The upshot of this was the drawing up of a petition to the Co-op secretary, Michael Liston, demanding a meeting on the background to these mystery contract supply offers.

Newtownsandes (Moyvane) Co-op has 80 farmer suppliers and a milk pool of around 25m litres.

The Agriland source continued: “My farmer colleagues are furious that the management of the co-op seems to be acquiescing with both North Cork and the Dairy Board on the supply contract issue, without having any prior discussions with the full membership of the organisation.

“A key question that Mr Liston must answer on Friday morning is: why should the Irish Dairy Board have any role in agreeing a milk supply contract with Newtownsandes suppliers?”

He concluded: “As a farmer group we have been left totally in the dark on the matter. This is a disgraceful state of affairs. In the past Myvane has entered into formal supply and even financing agreements with other co-ops in this area. And that includes the Kerry Group.

“We have always come out on the wrong side of these deals. And the Newtownsandes membership will not tolerate this happening again!”