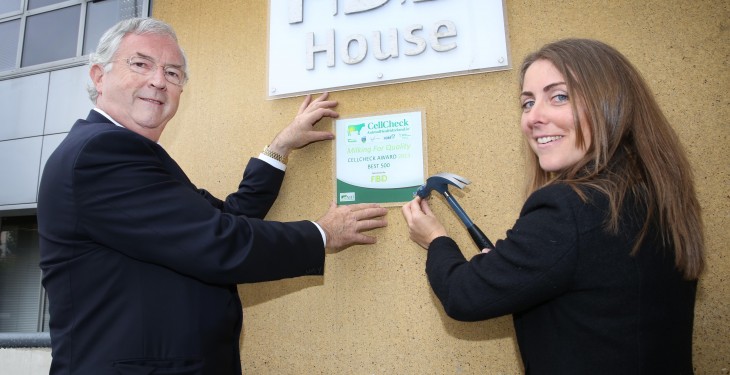 Animal Health Ireland (AHI), in conjunction with sponsors FBD, have launched the CellCheck Milking For Quality awards at the Irish Farm Centre in Dublin.

Finola McCoy, CellCheck Programme Manager said “the CellCheck Milking For Quality award is an initiative to acknowledge and recognise the excellence of Irish farmers who are currently achieving very high standards of udder health on farm, and to provide a goal for others to aim for in the future. It also gives positive feedback to the milk processors who are providing somatic cell count (SCC) data to the Department of Agriculture, under a protocol developed by AHI, ICBF and the Department.”

Commenting at the launch, Mike Magan, Chairman of Animal Health Ireland said that he was “delighted to have Michael Berkery, Chairman of FBD, present at the launch. FBD has sponsored CellCheck initiatives in the past, and their sponsorship of these awards demonstrates their continued commitment to a programme that supports profitable, high-quality milk production by Irish dairy farmers.”

The Milking For Quality awards will be based exclusively on the SCC data compiled by the Department of Agriculture and analysed by ICBF. Awards will be presented to the 500 suppliers with the best annual average SCC for 2013 as part of the milk processors’ own milk quality award ceremonies, which generally take place over the summer/autumn period. The Milking For Quality award is a robust, waterproof plaque, designed to be mounted on the wall of the dairy/milking parlour.