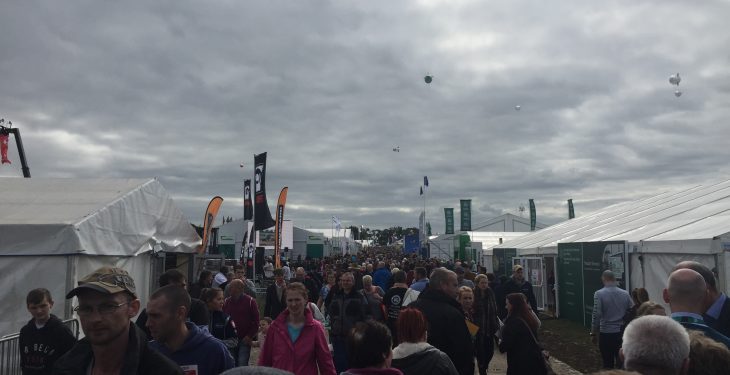 The second day of the National Ploughing Championships may be affected by persistent and heavy rain, according to Met Eireann.

Persistent and locally heavy rain will move in across the western half of the country on Wednesday morning, spreading to the remaining areas during the afternoon,.

It says brighter weather, with scattered showers, will follow, while the showers will clear eastwards during the afternoon.

Temperatures will vary between 14 to 17 degrees during the second day of the ploughing, in moderate to fresh southerly winds. Winds are forecast to slacken to moderate as the rain clears eastwards.

Meanwhile, Wednesday night will be cold with patches of mist and fog forming, which could be dense in places, Met Eireann says.

Temperatures are forecast to be in single figures during Wednesday night and down as low as 4 or 5 degrees over parts of Munster and Leinster.

With the risk of heavy rain affecting the second day of the event, it’s worth checking out Agriland’s handy guide of what to wear to the ploughing.

Visitors travelling to the Ploughing Championships in Screggan, Tullamore, Co. Offaly are advised by the Gardai to plan their routes beforehand and to leave plenty of time for the journey.

The second day of the Ploughing is jam-packed with activities such as live robotic milking, sheep shearing demos, tractor football matches and the junior hunt chase.

With over 1,500 exhibits from countries all around the world and 25km of walkways to explore, visitors to Ploughing 2016 will be kept busy for the entire day. 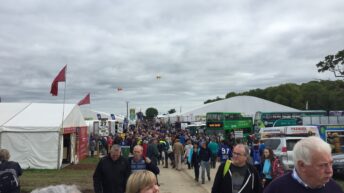