Record-breaking crowds flocked from all corners of Ireland to take a look at the action at Europe’s largest outdoor agricultural event.

Last year, about 77,000 people attended the first day of the event in Ratheniska, Co. Laois, meaning that an additional 23,000 made the trip to the ploughing’s new home, for this year, in Co. Tullamore.

President Michael D. Higgins was one of the key visitors on Day One of the three-day ploughing extravaganza. 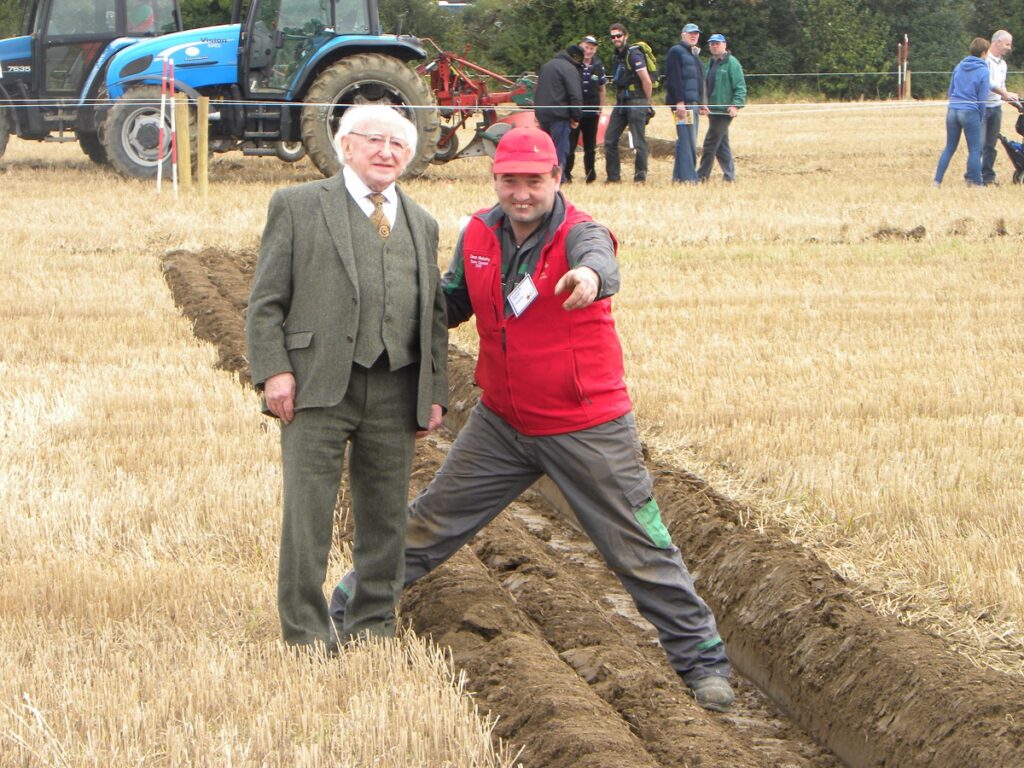 On arrival to the site, he wished the ploughing competitors the best of luck in the day’s competitive action.

Along with a Presidential visit, this year’s event features over 1,500 trade stands, with something for everyone to see and do.

#Ploughing16 roars into action with a record breaking Day 1 attendance of 100,000 visitors pic.twitter.com/w3hRZXsm0s 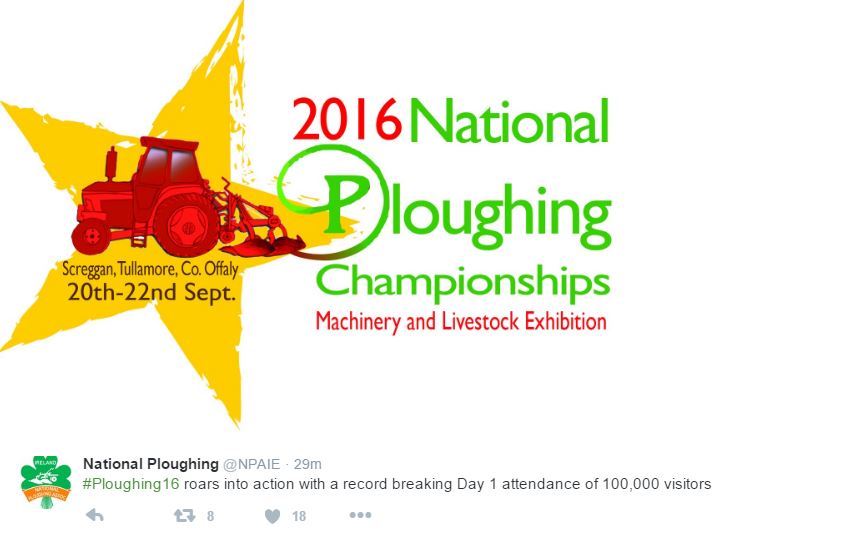 Visitors on Day One avoid the rain

Today’s event started off cloudy and it brightened up as the day progressed, but following the rain at the weekend, there was plenty of muck around the 800ac site, meaning that wellies were essential!

For the ploughing itself, ground conditions were variable with a few stony patches in places.

According to Cork East ploughman, Dave Mulcahy, conditions are variable and it’s a bit tricky in places where combines have left tracks in the field during the harvest.

“Weather conditions were difficult for the harvest this year and combines were probably brought into fields when they were still wet,” he said.