Irish TV is broadcasting live from this year’s Ploughing 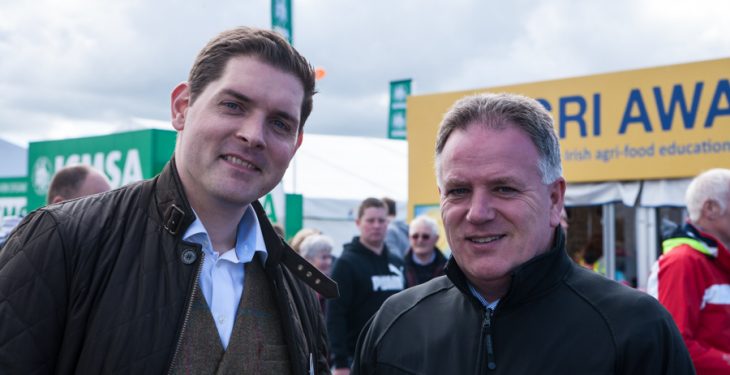 Irish TV will broadcast over 21 hours of live coverage from this years National Ploughing Championships.

Over the course of the three-day event, the Irish broadcaster will look to showcase everything that is happening in Irish agriculture, with coverage starting each day at 12pm.

Shows will include the Ploughing Live, Turning the Sod, Grassroots Live, From Farm to Fork and the Country Hour.

The show will begin with Parliamentary Leinster House correspondent Ken Murray discussing the political landscape and its impact on farming. The show will take you right into the heart of the ploughing championships, Murray said.

“There are key issues of concern such as – rural broadband, the closure of post offices, the flight of young people from rural Ireland to the urban cities and the impact of Brexit on exchange rates – so clearly we will have lots to talk about,” the IRISH TV presenter said.

The beauty of the coverage is it brings all of the atmosphere and colour and the sense of carnival that is the ploughing championships in to people’s homes.

Meanwhile, Grassroots Live presenter, Alan Brereton, will be talking to farmers and exploring developments in forestry, horticulture, technology and innovation.

Going to air daily from 3pm to 5pm this show shines a spotlight on the agricultural sector in Ireland today and discusses issues that are shaping the future of Irish farming.

Brereton, who is the presenter of the weekly Grassroots agricultural programme on IRISH TV raised concerns ahead of the ploughing about the uncertainty for Irish agricultural producers.

“As a new generation of farmers prepares to take control of farm businesses it is worrying to think some may decide to work in other industries,” Brereton said.

Despite the fact that food products from Ireland are highly respected the world over, could we see fewer farmers with bigger farms?

“Are the 140,000 farming families in Ireland sitting around the kitchen table considering whether to give it just one more year?”

The National Ploughing Championships will take place in Screggan, Tullamore, Co. Offaly from Tuesday, September 20 to Thursday, September 22. IRISH TV will also have a stand at the event, located at block 2, row 9, stand 221.