Prime grassland values decreased by a marginal 0.1% in the second quarter of this year, with prices easing a very minor 0.3% in the six-month period according to the Irish Agricultural Land Market Review by Sherry Fitzgerald.

While noting a much smaller change in values compared to prime arable in 2020, in the twelve month period to the end of June, the value of prime grassland decreased at a slightly greater rate of 4.3%.

On a regional basis, the largest price decreases were in the border region, south-west, and mideast.

However, overall, these decreases were marginal, with prices falling 0.9%, 0.8% and 0.4% in those regions, respectively. 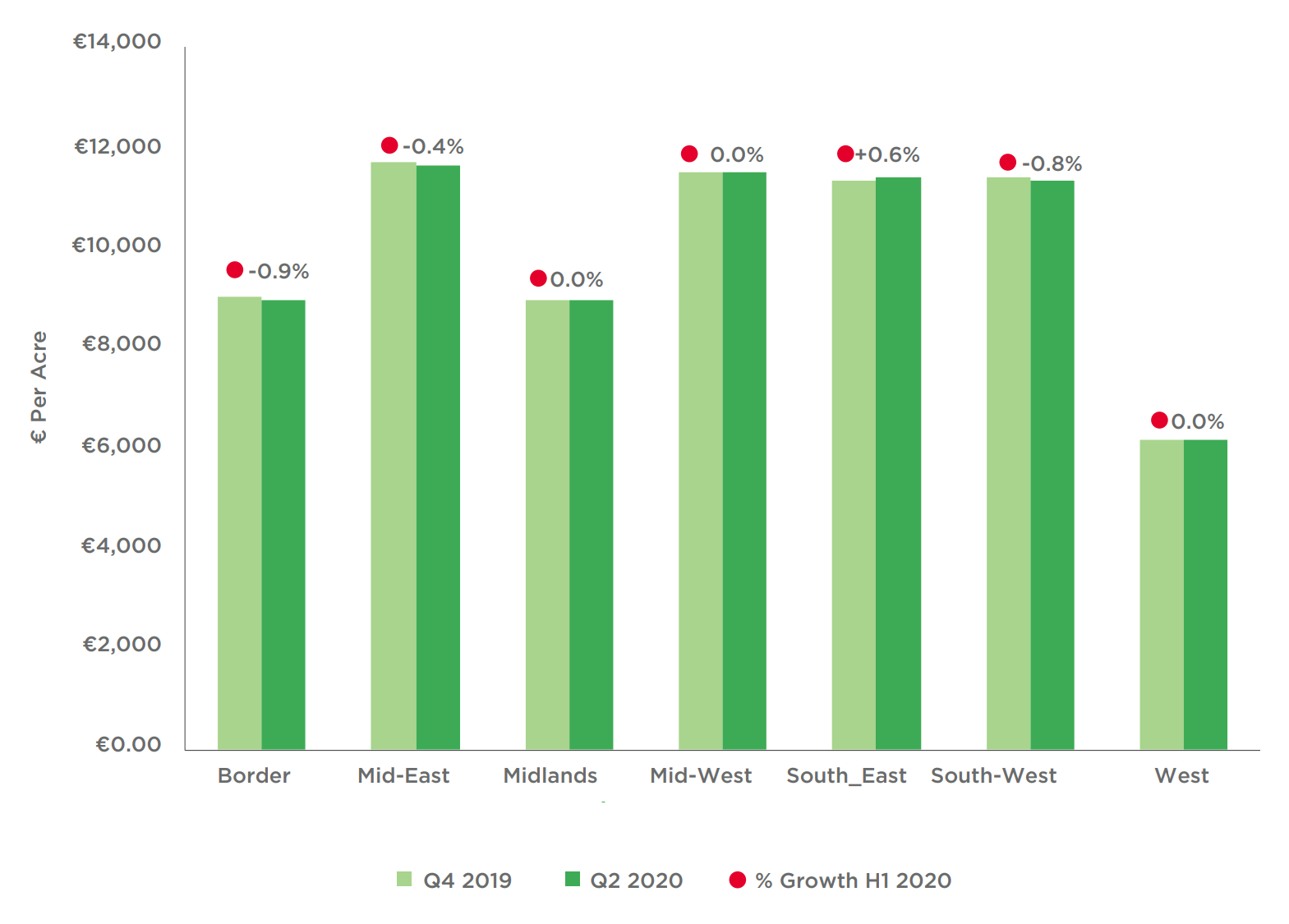 In contrast to the rest of the country, the south-east saw prime grassland values increase by 0.6% in the in the first six months of 2020.

At the end of quarter two, excluding Dublin, the weighted national average price of prime grassland was approximately €9,900/ac. A fall of less than €50 since the start of the year.

In terms of marginal grassland, values since the start of the year fell at a slightly greater rate than compared to better quality grassland.

At the end of the quarter, the weighted national average price of marginal grassland was approximately €5,900. This was just under a €100 decrease since the start of the year.

Looking at how market developments may impact on grassland values; milk prices fell at the start of the year but have recovered somewhat in recent months.

As a result, Teagasc expects dairy incomes to remain relatively steady for the year. The outlook for the beef industry is slightly more pessimistic, with the national lockdown impacting the sector to a greater degree.