Combines 4 Charity, best known for its 2012 feat whereby it amassed over 200 (working) combines in one field, is focusing on forage harvesters for tomorrow’s charity fund-raiser.

Speaking to Agriland today, Combines 4 Charity PRO Philip Brady said: “We hope to get over 100 forage harvesters on site tomorrow. The indications are promising. We are pushing for everyone to make the journey; it’s for several great causes.

Machines are travelling from as far away as Kerry and Donegal.

“We will have a lot of contractors to thank, along with some of their dairy farming customers who are accommodating some of the contractors to take the day to travel here. As one dairy farmer said to me: I’m happy to help; you never know when we might need help from one of the charities down the line.”

The organisers of the so-called ‘Great Grass Event’ are still looking to hear from owners of self-propelled forage harvesters, who would be willing to travel to Trim and join the collective effort. Prospective participants can contact Combines 4 Charity via its website.

All participating harvester owners have been asked to raise sponsorship; on entry they will be entered into a draw to win a new Smyth trailer.

There is no stipulated allegiance to any single brand; it is possible that Claas, John Deere, New Holland and Krone machines will turn up – alongside any other brands that can be mustered. 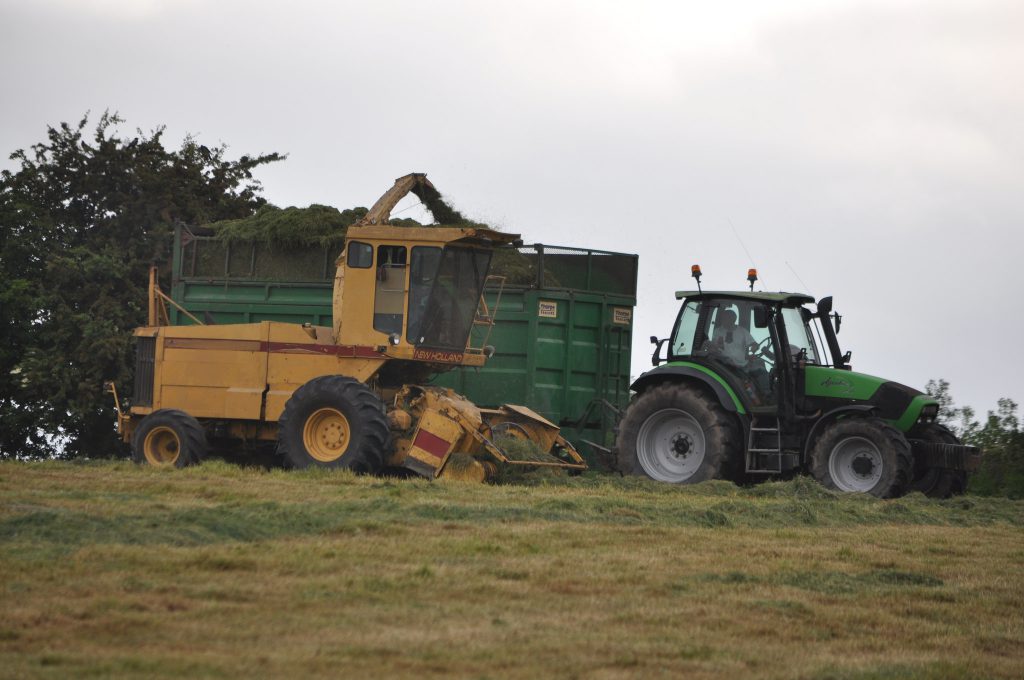 Certainly, there are plans to bring an older Case IH forage harvester along; there’s an interesting story behind that.

Advertisement
Also Read: 5 friends buy and ‘do up’ an ageing Case IH forager…for fun and charity

Who Or What Is ‘Combines 4 Charity’?

Krone to lend a helping hand at 'Great Grass Event' in Co. Meath

5 friends buy and 'do up' an ageing Case IH forager...for fun and charity