The Food Safety Authority of Ireland (FSAI) has issued a recall of Ready Chef batches of prepared parsnip products and any of its mixed products containing parsnip as an ingredient.

The products are being recalled due to the presence of sulphur dioxide, a food additive which is not permitted for use in parsnips.

Sulphur dioxide has not been declared in the list of ingredients of the implicated products. The FSAI says this may make those batches unsafe for consumers who are allergic to or intolerant of sulphur dioxide.

The country of origin of the products is Ireland. The table below displays the product descriptions: 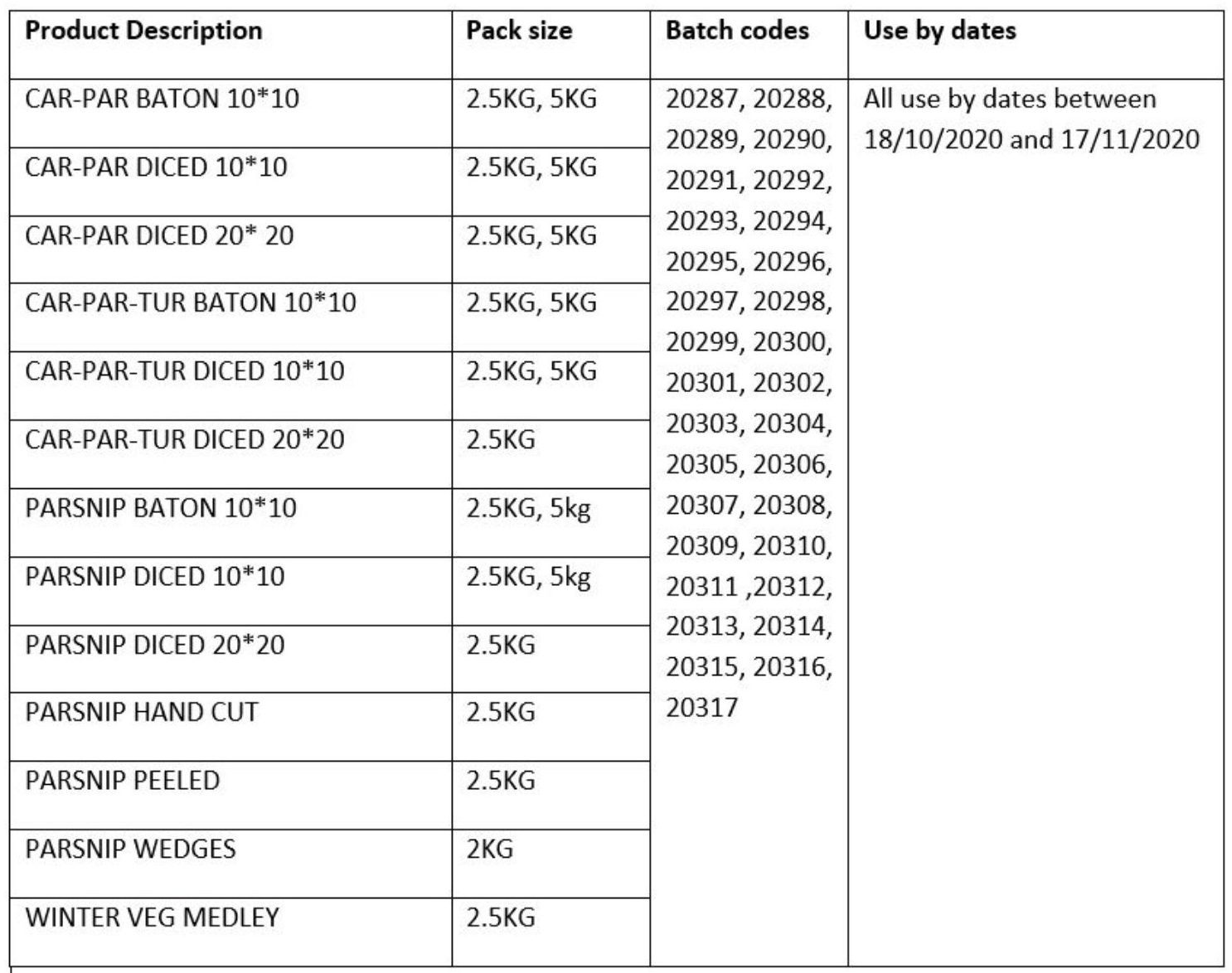 The implicated batches were sold only for use in food services, such as in catering, and not sold directly to consumers.

Over 656 million eggs sold in Ireland in the last year

In other news, new consumer data from Bord Bia has revealed that over 656 million eggs have been sold in Ireland in the last year.

Despite changes to shopping and eating habits this year, egg consumption increased by 11%. The new research from Bord Bia shows that shoppers in Ireland consumed “even more eggs” during the first national lockdown.

The 12-week period from April to July saw a significant growth of more than 20% in consumption, proving that consumers continued to make ‘eggs-ellent‘ choices during lockdown.

When it comes to the nation’s favourite way to eat eggs, the research shows that traditional cooking methods are hard to beat.

Bord Bia says that one in four consumers aren’t afraid to ‘whisk’ it, favouring scrambled eggs, while one in five prefer them boiled.

There were also some generational differences too; the research shows that ‘Gen Z’ (those born in the mid-to-late 1990s to 2010s) prefer scrambled eggs (40%), whereas ‘baby boomers’ prefer boiled eggs (24%). ‘Millennials’ equally favoured both scrambled (27%) and fried eggs (27%).

Speaking about the role of eggs in a busy and active lifestyle, dietitian Orla Walsh said that eggs are “nutritional powerhouses”.

Over 656 million eggs sold in Ireland in the last year