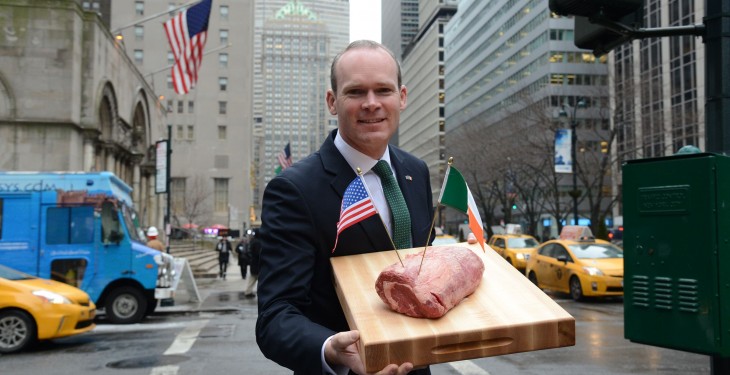 The opening of the US and Chinese beef markets must be turned into real exports and results, the IFA President Eddie Downey has said.

These comments were aimed directly at the Minister for Agriculture Simon Coveney, in regards to figures recently obtained by Agriland from the Central Statistics Office (CSO).

The figures, which were obtained by Agriland, show that Irish beef exports to the US since January stand at only 31t.

“There was great fanfare when the announcement was made in January, but the follow-up has to be done.

“Minister Coveney needs to take action on removing the technical obstacles holding back exports to these new markets,” he said.

According to Downey, it is essential that these new markets are utilised to deal with increased cattle numbers in the pipeline for 2017.

He also added that if exports remain at current levels farmers may be faced with the same severe beef price and income problems of 2014.

Downey also highlighted some of the results from the most recent beef forum meeting, which indicated that a lot more work needs to be done to get Irish beef plants US export approved.

Downey added that the Department of Agriculture must make progress on a number of other important issues.

These issues include moving the age limits for prime cattle from 30 to 36 months, increased monitoring of carcass trim, more live exports, market transparency, and using the AIMS system to count relevant residencies.