‘Quota train has left the station’ 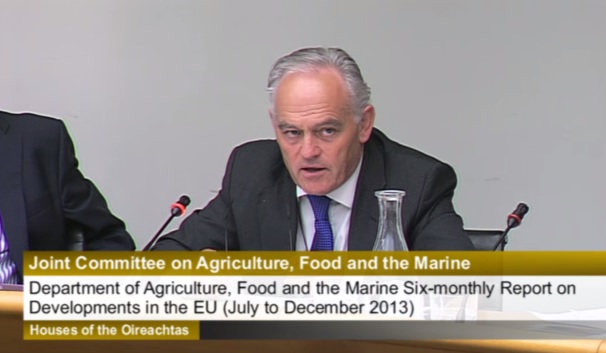 General Secretary of the Department of Agriculture Tom Moran has said this afternoon that Ireland would not countenance any hint, subtle or otherwise, towards supply control from the end of quotas on.

“That train has left the station,” he told the Oireachtas Joint Committee.

“Quotas are gone as and from next year. That decision has been taken and reconfirmed under the Health Check.”

“Dairy farmers have invested, the industry has invested. Ireland is gearing up towards at least a 50% increase.”

“It is no secret that not every Member State likes the end of quotas. But that decision has been taken and were not going back on that.”

Moran also confirmed that the Minister is still going to try to get an adjustment to the Butterfat Coefficient and next week’s meeting of EU Agriculture Ministers.

The butterfat deal which would give a country like Ireland an extra 2% of quota this year and would help us reduce our superlevy, he said.

“Ireland and a small number of member states from a couple of years back were conscious that this soft landing idea wouldn’t apply equitable across all countries. Some would have a hard landing.”