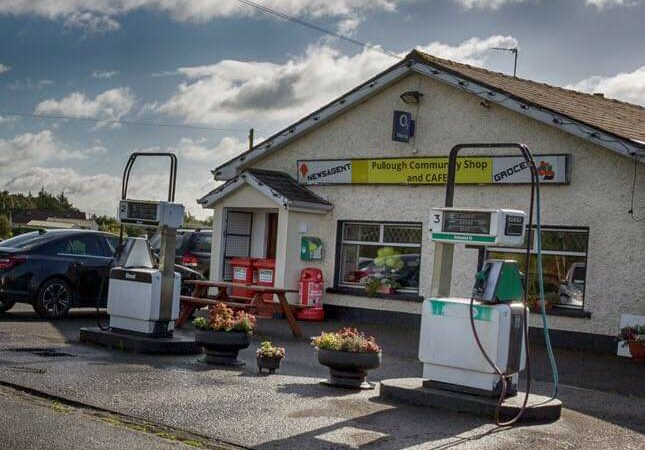 The opening of a community shop in the Offaly village of Pullough has kickstarted the rejuvenation of the area, leading to youth and other community initiatives.

Local man Martin Buckley who is studying community development in the National University of Ireland Galway (NUIG) came up with the idea in February 2017. “I was after coming home to discover we had no milk and I had to stir back out on a winter’s night,” he said.

The local shop had been closed for nearly three years and Martin wondered if he could do something to bring back a shop in some form.

I knew that there was no money to be made from a shop in the village but I considered if it would tick over if we, as a community, ran it ourselves.

Having already been involved in Community Alert, Martin went door-to-door to seek the opinion of the 700 people who live in Pullough. He also researched community shops and found that while there was only a small number in this country, they had taken off in England, with over 400 there.

“I realised that the model could work. Community shops had opened in English villages that had been dead. I organised a public meeting and 32 people turned up.”

Locals were keen to know more about community shops and how they worked which led to a field trip to one in Lorrha, Co. Tipperary. “We saw the concept in action and saw people chatting there and thought it was a lovely idea,” Martin said.

“We approached Offaly Local Development Company about financial backing, and Steve O’Donoghue sat down with us.

“He put it back on us to get more information so I drew up a questionnaire to find out the main products people wanted and if people would be willing to volunteer or help out financially.”

The response was that the staples of bread, milk and butter topped most people’s lists and that there was a willingness to volunteer in the running of the shop and to help out financially. After looking at a number of premises, it was decided to run the community shop in the original village shop.

“After discussions with the owner, it was decided that we would open there on a three-month rent-free trial. We did fundraising for the insurance and the money we raised was matched by the Social Inclusion and Community Activation Programme (SICAP).”

Other community groups such as the GAA; the active age group; the community hall; the bingo committee, as well as individuals and the local club also made donations. This meant the shop, which opened in June 2017, could be well stocked.

“We had a good summer, with people walking to the shop and kids were our best customers. Most of the voluntary committee also helped out behind the counter.

“The owner of the premises said he was happy to continue the rent-free arrangement so long as we covered the overheads and asked his permission about any changes to the shop,” said Martin.

With the shop running successfully, the committee converted a space beside the shop into a screen-free hang out for local young people, with the support of an Irish Youth Foundation grant, in February.

It has 104 registered users, with a cinema on Mondays; guitar lessons on Tuesdays; sports in the hall on Wednesdays; and guitar lessons again on Thursdays.

“They have a pool table and bean bags,” said Martin.

Another initiative that spun out of the shop is a men’s shed. “The original shop owner suggested we start a men’s shed and that has been going since October. 14 members meet two or three times a week.”

Last October, the community shop was nominated for a Volunteer Ireland outstanding group award and was announced as the winner in December. It now stocks seasonal local produce such as rhubarb. Although the premises is for sale, the community shop continues to run there.

The shop is still run by volunteers.

“We hope to have people in on schemes shortly and one of our volunteers has secured full-time employment in a top retail outlet in Tullamore recently from his voluntary experience,” said Martin, who has got a position with Offaly Development Company as a project worker, assisting with meals on wheels in the county.

Looking at the bigger picture in Pullough, Martin envisages the shop eventually becoming part of a development beside the Grand Canal.

“The new Grand Canal Greenway is coming through Pullough and there is a need for toilets in the village. A lot of visitors come to see the Harry Clarke stained glass windows and bog oak altar in the church.

“We are applying for the Village Renewal Scheme to improve infrastructure in the village such as toilets, changing facilities and a platform on the canal for fishing and water sport activities.

“We have successfully applied for funding for a car park and a loop walk,” said Martin.

While Pullough’s post office closed in January, locals fought back and worked to rebuild a sense of purpose in the community with a social hub as well as facilities for young people, adults and visitors.

“We set out to revitalise our small village and give people a sense of belonging. We wanted to give locals an opportunity to shop locally and reduce the 15km round trip for groceries. We also were keen to give our children hope and happiness in their community.”

For anyone contemplating similar projects, Martin’s advice is to reach out for help, advice and financial assistance while getting buy-in from the local community. 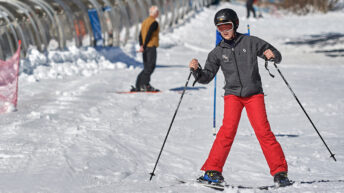