Proposals afoot to push next CAP review out to 2023 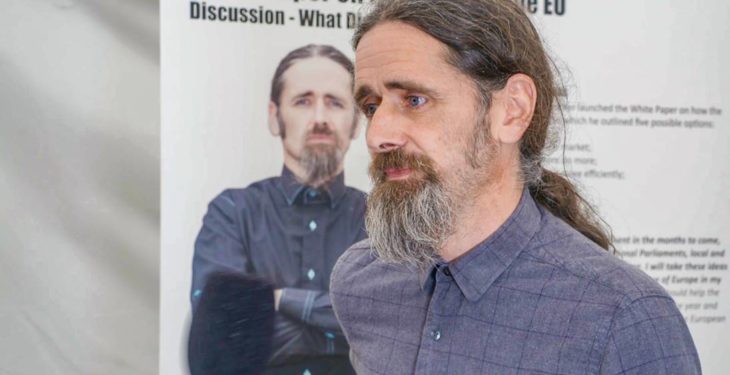 There are proposals afoot to push the next review of the Common Agricultural Policy (CAP) out to 2023, according to Irish MEP Luke ‘Ming’ Flanagan.

Speaking to AgriLand’s Claire Mc Cormack during a ‘live stream’ broadcast from the National Ploughing Championships, Flanagan explained that this delay could be the result of uncertainty caused by Brexit.

“The European People’s Party, which Fine Gael is a member of, have in the last couple of weeks put out a press release suggesting that the review of CAP, and the new CAP, shouldn’t come in until 2023.

Now the logic behind it is that we don’t know how to divide up a cake until we know the size of the cake.

“Two of the uncertain variables are the fact that Brexit has happened – we’re going to lose a massive amount of funding that Britain used to put in – and the issue of the European Defence Union and potentially more money going in that direction,” he said.

The independent MEP added that this proposal has only been put forward by the group, including Fine Gael, and that no concrete decisions have been made as yet. But he did point out that the proposal seemed like a “very likely outcome“.

“If you are not a supporter or a fan of the current set-up – which in Ireland creates a situation where 80% of the money goes to 20% of the people, who only produce about 30% of the produce – you are going to be stuck with that system until 2023.

One of my big fears is that, at that stage, those people on small payments will no longer be in farming and will have to leave because it is pretty much impossible for them to survive on such small payments. Ideally, that won’t happen.

The Minister for Agriculture, Food and the Marine, Michael Creed, also touched on this topic during a subsequent ‘live stream’ broadcast. He explained that debates over CAP and Brexit are intrinsically interlinked.

“At the moment, the UK contribution is about €11 billion – of which about 40% is CAP expenditure; that’s over €4 billion. So it is very difficult to know how the next round of CAP will be funded, until we have certainty around the UK departure.

“Personally, I don’t think we are going to have this in time for the 2020 deadline,” Minister Creed said.

However, the minister stressed that no decision has been made on whether the next review of CAP will be pushed out to 2023.

Meanwhile, Flanagan also underlined the fact that a review of the Areas of Natural Constraints (ANC) scheme could also be put back by a year. He criticised the fact that some farmers are receiving payments unjustly through the scheme.

“Currently, there are a lot of farmers who are not in ANCs who are getting this money and they shouldn’t be. In the same way as you shouldn’t get money for producing chickens, if you don’t produce chickens,” Flanagan concluded. 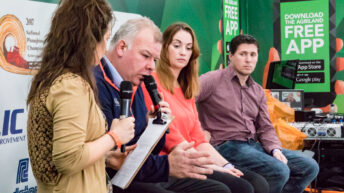