‘Progressive Farmer Focus’ is a new series of articles in partnership with AIB, profiling young progressive farmers around Ireland and how they are planning for the future.

Like so many of his generation, Derek McMahon (35) opted to move away from his family’s 70ac beef farm in Killydonnelly, Smithboro, Co. Monaghan, to ply his trade in the construction industry.

After completing a diploma in food science and a degree in engineering, McMahon worked as a CAD (computer-aided design) engineer in Dublin for five years.

However, at 27-years-of-age, a downturn struck the once-thriving construction industry in Ireland. In a matter of days, thousands of people became unemployed; many others faced severe pay cuts.

McMahon fell within the latter category and seen his income drop. This occurred as the company he worked for braced for the worst.

At this point in time, the Monaghan man was faced with two options: emigrate and seek employment in Canada; or return home to farm alongside his parents.

AgriLand recently visited the McMahon family farm to learn how the now poultry farmer picked himself up and developed a thriving broiler-breeder business in the Oriel County.

30 years in the poultry game

On the farm in Killydonnelly, McMahon was quick to rattle off at least 10 other families involved in poultry production within a five-mile radius of the family’s farm.

Back in 1986, the McMahons first ventured into this sector with the development of a 4,000-bird, broiler-breeder house – an enterprise still operated by his mother and father to this day.

The development of such a business sat perfectly alongside the family’s 70ac beef unit; it provided an alternative source of income for the family.

However, the additional income generated didn’t stretch far enough to make it a viable option for McMahon to return home and farm alongside his parents.

To justify such a move, and to avoid having to leave for ‘greener pastures’, he needed to stand on his own two feet and develop his own business. Just like his parents, McMahon opted to go down the broiler-breeder route.

Standing on his own two feet

McMahon took up the telling of the story, saying: “The chance came up with Carton Bros, Manor Farm, in Co. Cavan to set-up a hen house and I jumped at the opportunity.

I started in 2010 and I built the first house after spending five years in Dublin. The opportunity developed in the downturn and I decided that I wanted to get into poultry production.

Initially, McMahon began with one unit – designed specifically to house 8,000 hens. Another house was later constructed in 2015 – bringing his unit’s capacity to 16,000 birds. 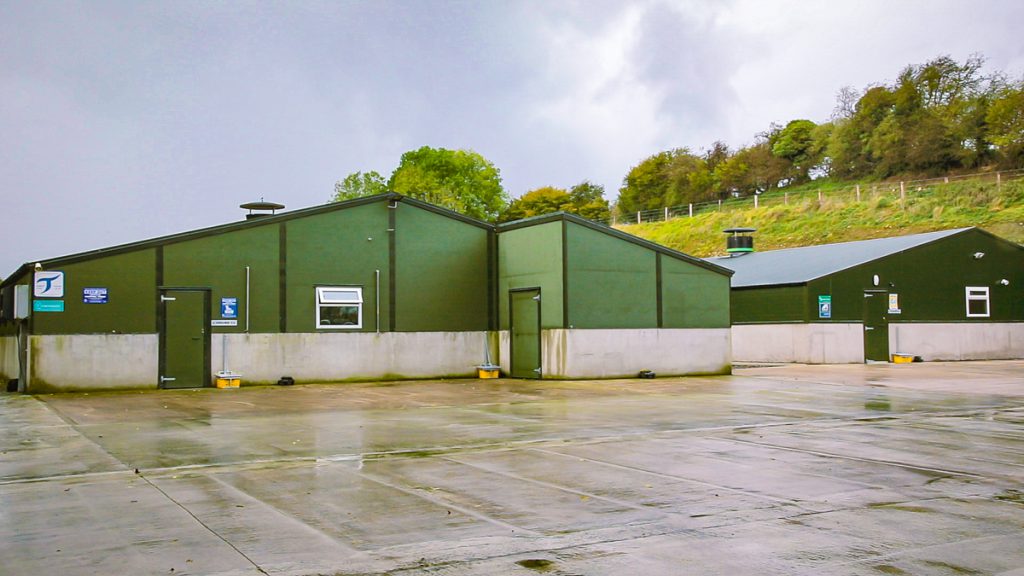 Overall, the Monaghan-based farmer invested approximately €700,000 to develop his business. To allow for such investments to be made, a careful degree of planning and budgeting had to be carried out – in conjunction with AIB, who backed the project.

This was necessary to show that the business was actually viable and it was capable of providing a sufficient return to repay any drawn-down monies.

McMahon said: “70ac wasn’t clearly enough to keep the family going on the returns generated from beef alone, so my mother set-up the hen house in 1986.

When I decided to move home in 2010, poultry was the only option. I am able to live out of two hen houses and my parents are able to provide an income out of their hen house and the 70ac.

Key to McMahon’s entry into farming was the support and advice offered by his parents. To this day, McMahon and his parents continue to work closely together. 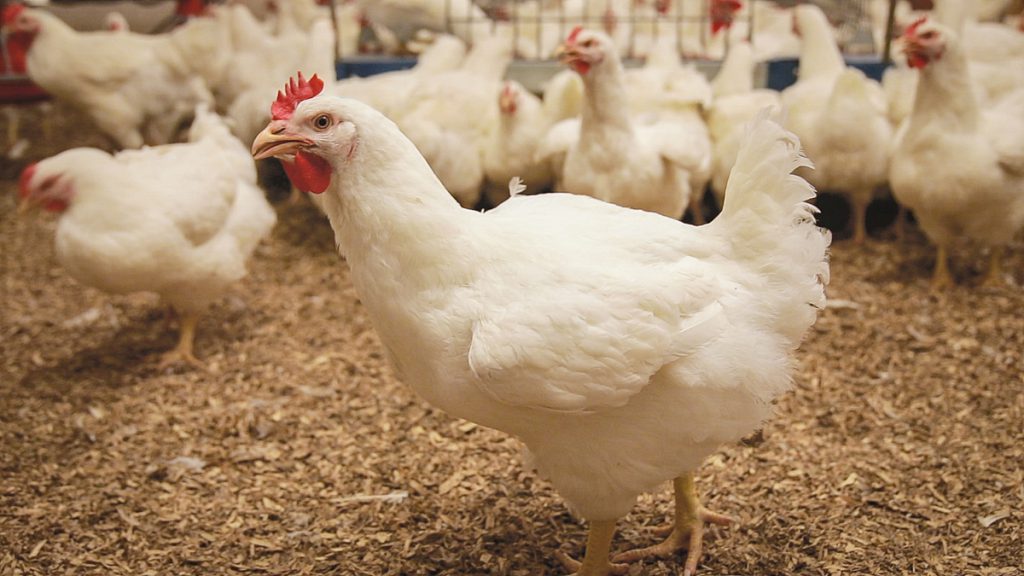 Although they are not directly involved in the day-to-day operation of his 16,000-bird unit, McMahon knows that over 30 years of poultry expertise is only a phone call or a knock away.

The production system and future plans

McMahon currently runs a broiler-breeder operation and eggs are collected off his farm twice a week.

The hens arrive on the farm at approximately 18-weeks-of-age and begin laying at 23-24 weeks. Over a 40-week production period, each hen lays in the region of 170 eggs. 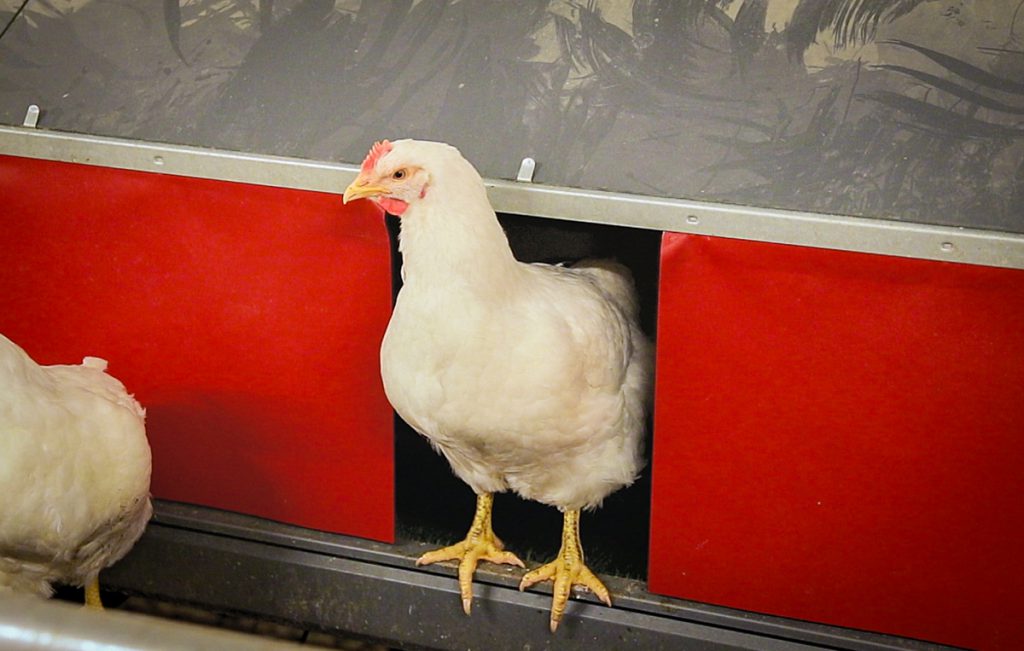 The resulting eggs are collected by Manor Farm and are incubated to produce day-old chicks. McMahon explained: “It’s a very viable enterprise, but there’s a lot of work in it. It’s seven-days-a-week, 40 weeks of the year.

You have to be here every day of the week; the hens don’t know whether it’s Christmas or a Sunday. If you do a good job, it definitely is a viable enterprise.

As it stands, he is currently operating off a fixed contract with the Cavan-based company; something that allows McMahon to budget and carefully plan his costs of production and resulting margins. 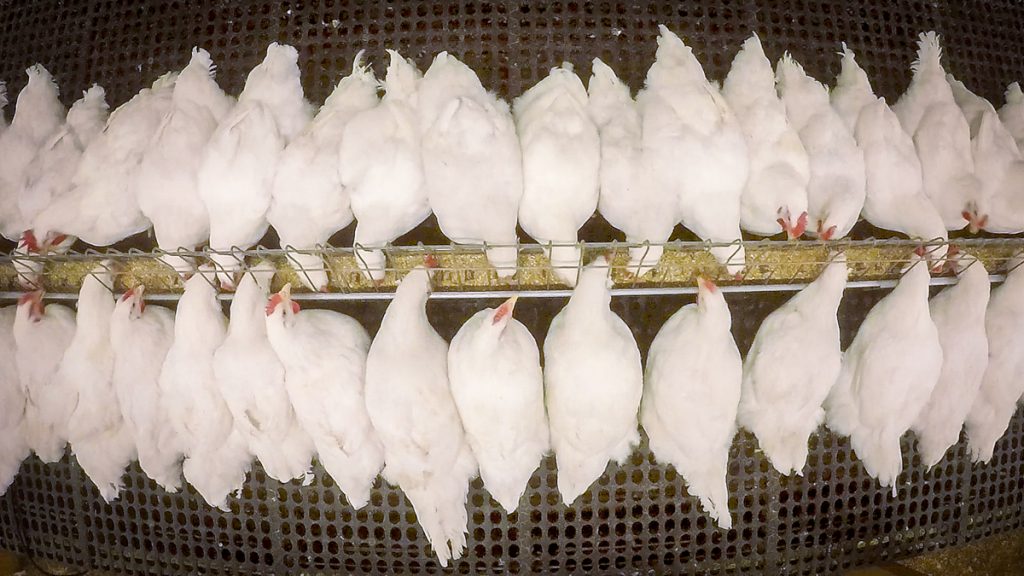 In the future, McMahon hopes to take control of his parent’s poultry house. As it stands, this house accommodates 4,000 hens.

The Monaghan-based farmer hopes to increase production from this unit to approximately 8,000 birds; bringing his total number of hens to 24,000.

“It all depends on the company, which is constantly expanding. If it is willing, I would like to expand my parent’s poultry house,” he said. 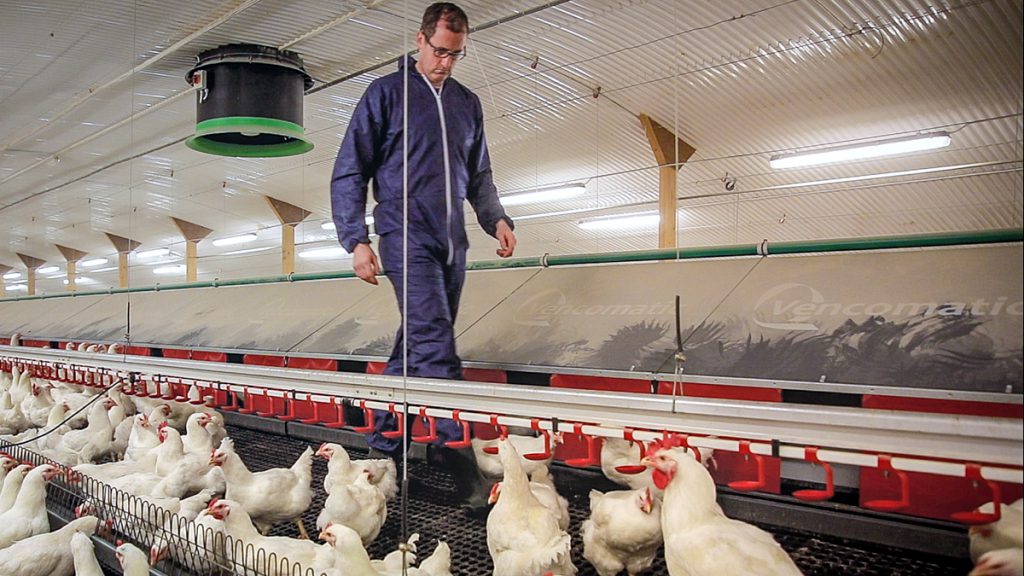 Away from the farm, McMahon is heavily involved in his local GAA club – Sean McDermotts – and is currently the vice-chairman of the club.

Another major hobby of McMahon’s is golf. However, both of these activities have taken a back seat in recent weeks with the arrival of a newborn.

McMahon and his wife Marion have two young children – Quinn and Sadhbh. Quinn is just two-years-old, while Sadhbh is just approaching four months.