Sampo Rosenlew, the specialist manufacturer from Finland, has updated its range of combine harvesters.

The latest models will be on display at next week’s Agritechnica show in Germany.

The company is known not only as a producer of combine harvesters but also forestry machines.

The existing smaller, basic-specification machines – namely the 2000 Series – have been replaced by new Verrato models (below). 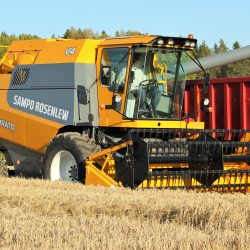 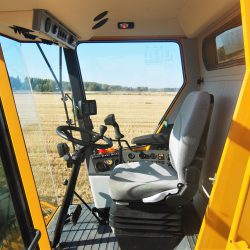 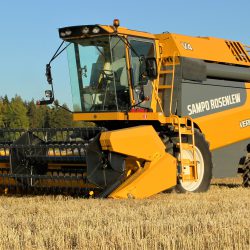 The Comia range (below), which first broke cover in 2011, has also undergone a significant revamp. In particular, the cab is now claimed to be among the quietest on the market.

The in-cab controls have also been updated; driver aids include a 12in split touch-screen. Outside, the headers (cutting tables), front axles and grain tanks have undergone changes. 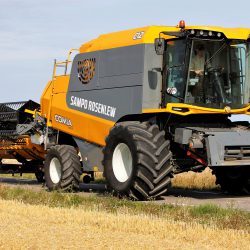 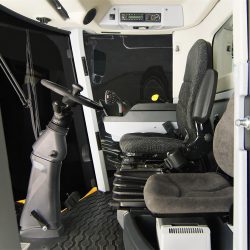 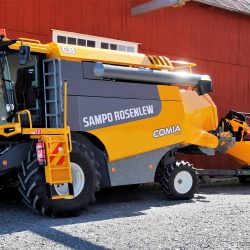 Sampo Rosenlew has been operating on the same site in Pori (Finland) for over 150 years. The roots of its industrial operations go back to 1853, when the family company Oy W Rosenlew Ab was founded.

Sampo Rosenlew, as we know it today, was established in 1991.

Forestry machines were added to the company’s product range some 20 years ago.

The company has assembly plants in North Africa and Kazakhstan, where frames imported from Finland are turned into complete combine harvesters.

Sampo Rosenlew is part-owned by Indian manufacturing giant Mahindra & Mahindra (M&M). This development commenced back in 2016, when M&M acquired a 35% equity stake in the Finnish harvester maker.

The move is intended to enable M&M to break into growing harvester markets in India, China, Africa and the Middle East.

M&M’s interests also include Mitsubishi Mahindra Agricultural Machinery of Japan and Hisarlar in Turkey. Recently, M&M signed a deal with Turkish-based tractor maker Erkunt (which includes the ArmaTrac brand) to acquire the latter.

Under that deal, Erkunt will become part of the wider M&M business.

Along with units destined for Turkey, Erkunt manufactures a range of tractors for export – from around 55hp up to 110hp – under the ArmaTrac brand-name. 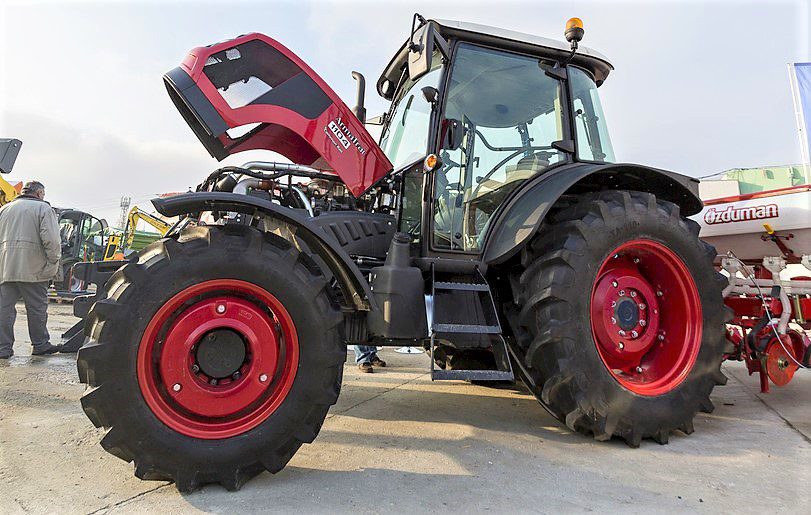 ArmaTrac tractors are starting to pop up here in Ireland in increasing numbers; Irish importer Brogan Tractor Sales – based in Cloghan, Co. Offaly – had a significant presence at the recent National Ploughing Championships, for example.

Erkunt Tractor Industrial Inc was founded in 2003 – apparently as the first company in Turkey to design and manufacture its own tractors without the restrictions of being under the licence of an international automotive company.