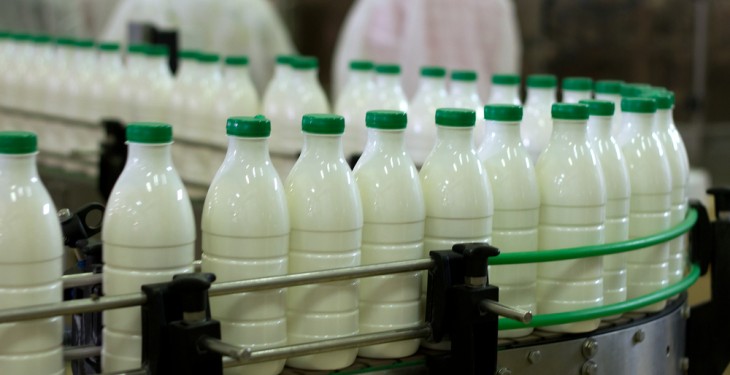 The sale of raw, or unpasteurised milk, was banned in Ireland in 1996. However, 10 years later it was overturned as EU hygiene legislation permitted the sale of raw milk.

However, since then, the debate over raw milk and whether it is unsafe or, indeed, better nutritionally has continued.

Celebrity chefs Darina Allen and Tom Doorley are both advocates of raw milk, despite a recent report by the Food Safety Authority of Ireland (FSAI) that found that raw milk can contain harmful bacteria.

Those who choose to drink it say that despite potential risks such as the threat of eColi, salmonella and brucella, they should have the choice to drink it and are prepared to pay a premium for it.

The FSAI report confirmed the presence of pathogens in raw milk and the in-line filters used in the milking equipment. For raw milk samples, detection rates of Listeria monocytogenes and Campylobacter were 7% and 3%, respectively.

Dr Wayne Anderson, Director of Food Science and Standards, FSAI has said that while the market for raw milk is small, it remains a serious concern given the well-documented public health risks posed by the presence of pathogens in raw milk.

However, many suggest that untreated milk has many health benefits. Darina Allen, from Ballymaloe Cookery Show, is at the forefront of the Campaign For Raw Milk Ireland.

Set up in 2011, the campaign is a coming together of farmers, food sellers, food organisations and consumers who are working together to try and put a stop to the Government’s proposed ban on the sale of raw milk in Ireland, it says.

The Ballymaloe Cookery School is an active supporter of the use of raw milk and make a certain quota of its daily supply of fresh unpasteurised milk.

Many of our customers who suffer from allergies inform us that they can easily tolerate raw milk.

Tom Doorley said that a ban on raw milk sends out the message that our produce is not very good – even dangerous.

Crawford’s farm in Co. Tipperary produce raw milk and they say that the many active nutritive components that are not damaged or destroyed during the pasteurisation process are of benefit to the drinker.

Owen Crawford, who runs the farm, believes that raw milk tastes better, it has a flavour to it and it’s very creamy.

“Consumption of raw milk has been associated by many consumers with a decrease in asthma, sinus troubles and sensitisation to pollen and other allergens,” the farm’s website says.

Elisabeth Ryan is part of the Campaign for Raw Milk Ireland and says that there are lots of queries from all over the place for raw milk.

“Demand isn’t being met in terms of a local audience, it is a niche sector and there is a higher demand in Dublin,” she said.

Elisabeth said that she wouldn’t see a time when raw milk would be sold in supermarkets.

“Personally I don’t think it’s a product suitable for them, it has the potential to get mixed up with regular milk and the buying policy moves away from raw milk.

Currently there is no legislation against selling untreated milk, which the Crawfords are looking to change.

We want them [the Department of Agriculture] to regulate it but not so highly, investing wouldn’t be viable if the product was over regulated,” Owen says.

Owen also said that they are involved in talks with the Department of Agriculture regarding regulating raw milk in Ireland.

“There is a lot involved in bringing in legislation and they are involving us in discussions,” Owen says.

The Department of Agriculture and the Food Safety Authority are looking at working with stakeholders to develop a set of regulations and guidelines for raw milk production.

“Producers would be obliged to follow the path of dairy farmers, EU hygiene regulators have best practice for farmers, the current view is that the Department want the same rules to dairy farmers,” Elisabeth said.

Raw Milk Ireland says it would welcome and encourage regulations on the sale of raw milk, as with any other food proper regulation is necessary and correct.