Research released this week shows that farm discussion groups have the potential to boost the adoption of health and safety practices among farmers.

The research was carried out by Dr. Tracey O’Connor, a recent doctoral Teagasc Walsh Scholar, sponsored jointly by Teagasc and the Health and Safety Authority (HSA).

Teagasc sets up around 800 farm discussion groups around the country, and while they have been shown to increase uptake of technology and farming practices, their use in promoting the adoption of health and safety practices has not been previously studied.

The research was carried out among 84 dairy discussion groups – involving 1,232 farmers – over the course of four years. Teagasc says that the findings can be applied to all farm discussion groups.

Dr. O’Connor found that 96% of discussion groups spoke about health and safety in the year 2016. Most of these discussions revolved around safety practices to prevent fatal farm accidents.

However, Dr. O’Conner found that issues related to chronic illness among farmers received comparatively limited attention in the groups.

In carrying out her research, Dr. O’Connor looked at two discussion approaches, addressing four seperate health and safety topics. In one approach, the groups discussed all the topics in a single group meeting; and in the other, groups covered each topic for about 20 minutes at a series of meetings.

According to Teagasc, the study found that both these approaches are “useful for strengthening farmers’ intentions to work in a safe and healthy way, and action on those intentions”.

However, the second approach (discussing the issues “little and often”) appears to be more likely to lead to an increase in safety action among farmers.

Dr. McNamara is calling on all farm discussion groups to include health and safety topics in their schedules for 2021. 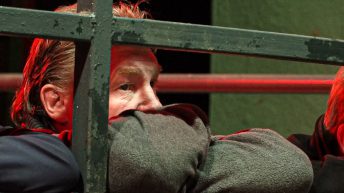 Marts after Level 5: What’s the plan for next week?