Plenty of agri shows in the west this weekend 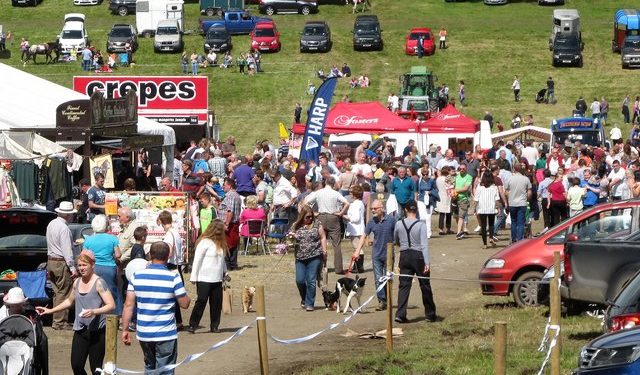 There are plenty of agricultural shows across the west of the country once again this August bank holiday weekend, with shows scheduled for counties Clare, Sligo, Kerry, Donegal, Mayo, Galway and Leitrim.

The jam-packed schedule of shows will run throughout the long bank holiday weekend from tomorrow (Friday, August 4) through to Monday (August 7).

The 75th annual Kildesart Agricultural Show is set for tomorrow (Friday), in Kildysart, Co, Clare, with the event open from 8:00am. The show will feature a large selection of horse and pony showjumping competitions, organised by the local branch of Show Jumping Ireland (SJI), as well as other horse competitions hosted by Kildysart Agricultural Show Society, including the All-Ireland two-year-old filly final which has a prize fund of €3,000.

A new ‘Champion of Champions Young Horse’ competition – which has a total prize fund of €2,400 – will also feature at the event for the first time.

Cattle classes will also take a prominent role, with categories for pedigree and non-pedigree animals catered for. The Clare Limousin Breeders Club Calf Championship will be held on the day, as will the ‘Kildysart Show Young Stockperson of the Year’ contest – which has a prize fund of €700. There will also be classes for sheep and donkeys at the event.

There will be a vintage machinery display as well as family-friendly entertainment including free bouncing castle and slides. Trade stands, full bar facilities and catering will be available at the show.

A show queen will be crowned on the day, with live music from Gerry Guthrie scheduled from 3:00pm to 5:00pm.

Moving on to Sunday, The 33rd annual Kilgarvan Show will take place from 11:00am on in Kilgarvan, Co. Kerry. As well as having classes in cattle, sheep, and poultry, there will be an extensive array of activities with something for everyone according to organisers.

There will be live music and a show feis, as well as children’s sports. Tug of war, laser shooting, bumper soccer, sheaf tossing and sheep shearing will all be taking place; there will also be a vintage display, a full bar and catering, various trade stands and a pet’s corner present.

The Glencolmcille Show will also take place on Sunday in Co. Donegal from 9:00am. The event will have a €14,000 total prize fund with classes for cattle, sheep, horses, ponies, poultry and dogs on the day.

There will also be a vegetable and farm produce section, as well as baking and arts and crafts contests. There will be a Show Queen competition, along with a stimulated rally experience, a ‘Vortex Tunnel’, a bungee trampoline, a ‘Hook the Duck’ experience, a comedy children’s show by Wexford Studio Theatre and a ‘Beat the Goalie’ experience.

The Claremorris Agricultural Show will be held on Sunday in Co. Mayo, with former Rose of Tralee, Maria Walsh, opening the event at 2:00pm. There will be cooking demonstrations on the day from TV3 chef Adrian Martin.

The event will include classes for horses, ponies, cattle, sheep, donkeys and poultry. There will also be a home produce section, which will include garden produce, cookery, jam, eggs and flowers categories.

In addition, arts, handicrafts and photography sections will be held on the day. A dog show and cat and pet section will also be present.

The Cashel Pony Show will be held at the show grounds in Roundstone, Cashel, Co. Galway, on Sunday, starting at 10:30am.

There will be various classes for ponies, with a dog show also taking place later in the day at 2:00pm.

Moving on to Monday’s show schedule, the 68th annual Bonniconlon Agricultural Show will be taking place in Bonniconlon, Ballina, Co. Mayo, with the President of the Irish Shows Association, Pat Corbet, officially opening the event.

The show has a prize fund of €45,000, 80 perpetual cups and 500 show classes, with key events getting underway on the day – such as the all-Ireland calf finals, all-Ireland ewe finals, the ‘National Sheep Champion of Champions for All Breeds’ and various horse and cattle classes.

The event will also feature the All-Ireland Domestic Arts Final, the Rose of Bonniconlon ‘Queen of the Show’, the All-Ireland Sheaf Tossing competition, the Most Appropriately Dressed Lady, a heritage and vintage display and a children’s party and disco to keep the whole family amused among many other events.

Meanwhile in Co. Donegal, the Meenacross Show will kick off on Monday as well, with a jam-packed schedule planned.

Judging will take place for horses, cattle, sheep, dogs and pets, along with categories for vegetables and farm produce, knitwear, arts and crafts.

In addition, there will be a tug of war, sheaf throwing, rope making and children’s novelty events among other attractions.

Finally, in Cloone, Co. Leitrim, the 28th annual Cloone Agricultural Show will be ready to go from 10:00am on Monday.

There will be classes in horses, cattle, sheep, goats and poultry, while competitions will also be run in cookery, vegetables, flowers, photography and country crafts. A dog show and a pet’s section will be held on the day.

The Belle of Coone and Glamorous Granny competitions will be run later in the day, along with a Bonny Baby competition.

All of the shows are great family-friendly events, so if you live in the west, there’s no excuse to be bored this weekend. 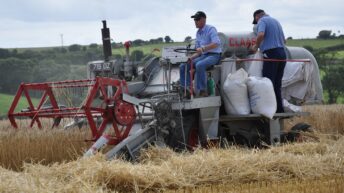 Claas-ic machinery on show at Harvest Working Day this weekend