This week, AgriLand attended the ‘Cereals’ show in the UK. It’s known as the arable event and it’s a must see trip for any tillage enthusiast every few years.

Cereals is usually a day for an ice-cream cone and finding shade among the trade stands, but not this year.

Following 42mm of rain on the site on Monday night, more heavy rain hit on Wednesday. In total, about 120mm of rain fell in parts of Lincolnshire over four days.

Organisers were unsure if they would open the gates for Day 2 on Thursday, but the show did go on and there was plenty to see and do inside – AgriLand will provide plenty of news from the show over the coming days and weeks.

The poor car was pulled from its car park when AgriLand started to make its way home and the damage of the rainfall became clear as crops of winter barley could be seen flattened on the drive home.

Farmers from the area took to Twitter to show crops of wheat flooded, as well as crops of peas.

At a number of agricultural shows in the past year and a half the effects of climate change have been seen. Cereals is the latest.

While visitors to Cereals may have been disrupted this week farmers are now facing the impacts of the weather.

Effects of the weather

Some of the pictures below show the effects the weather had on crops this week in the UK. 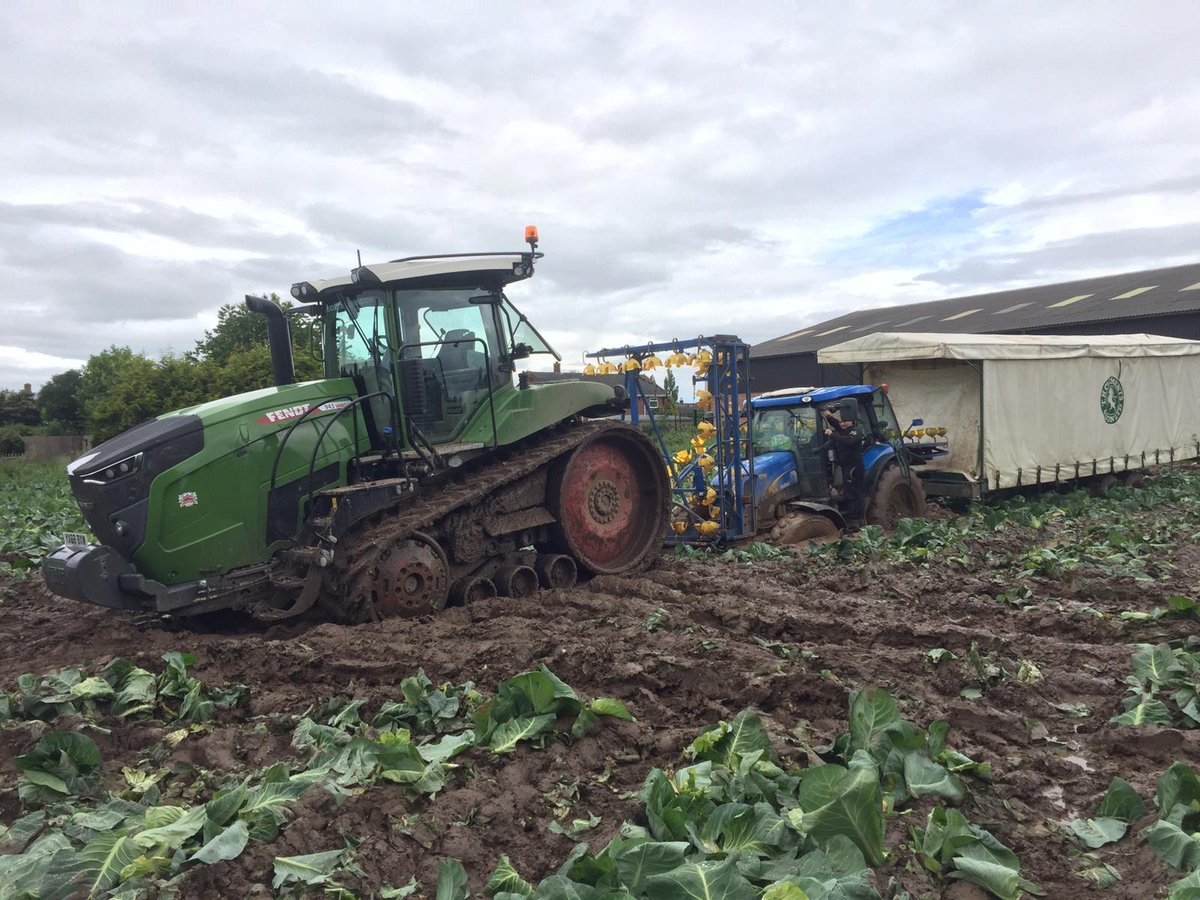 The company also posted a video of the Brassica harvest.

Fen Peas posted some pictures and videos to its Twitter account. The shot below shows a swan making its way down a drain full to the top.

The Fens in the UK is made up of marshy land which was drained many centuries ago. The land is low-lying and susceptible to flooding. The company also showed a farmyard on its page which had been flooded on Wednesday night. 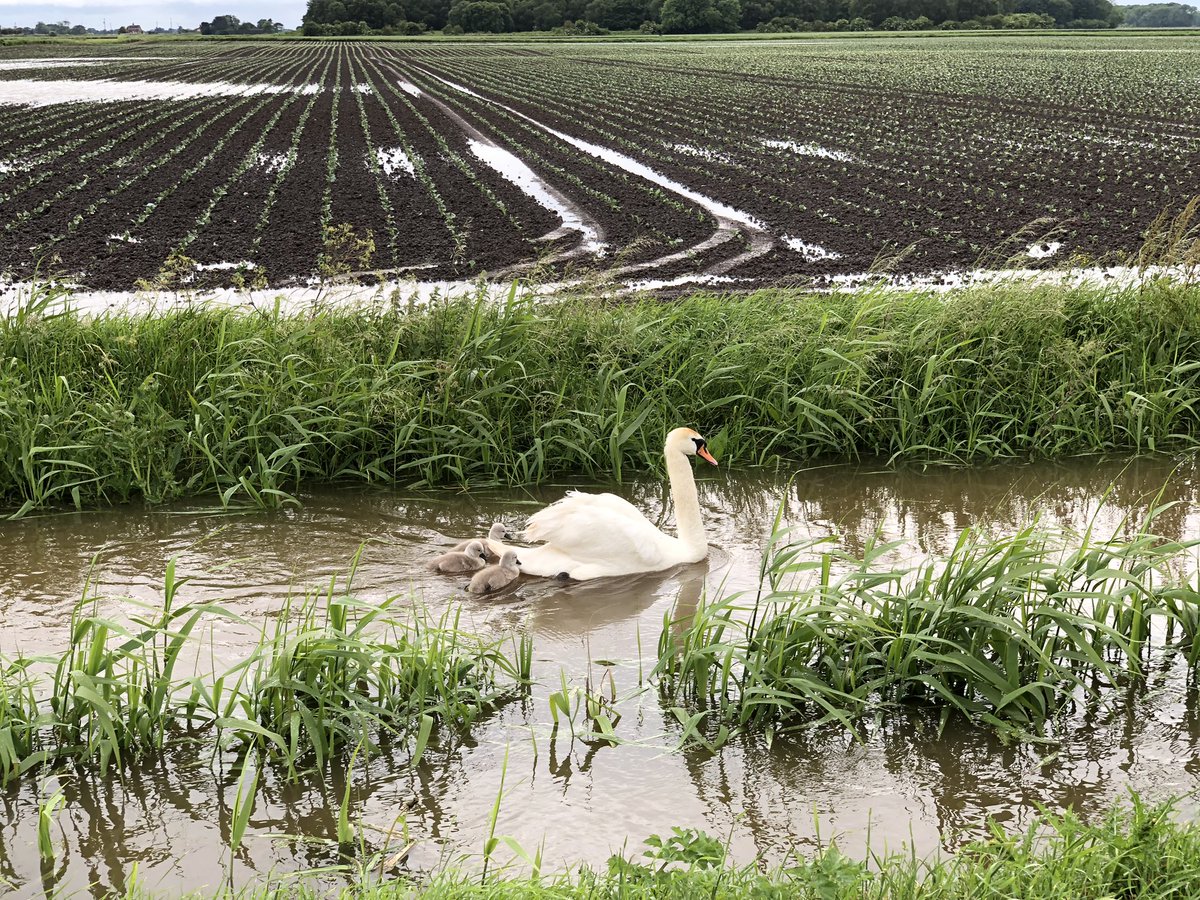 The River Steeping burst its banks in Wainfleet. The BBC’s Paul Murphy posted this picture. An RAF Helicopter attempted to block the water, but struggled in the very difficult conditions. 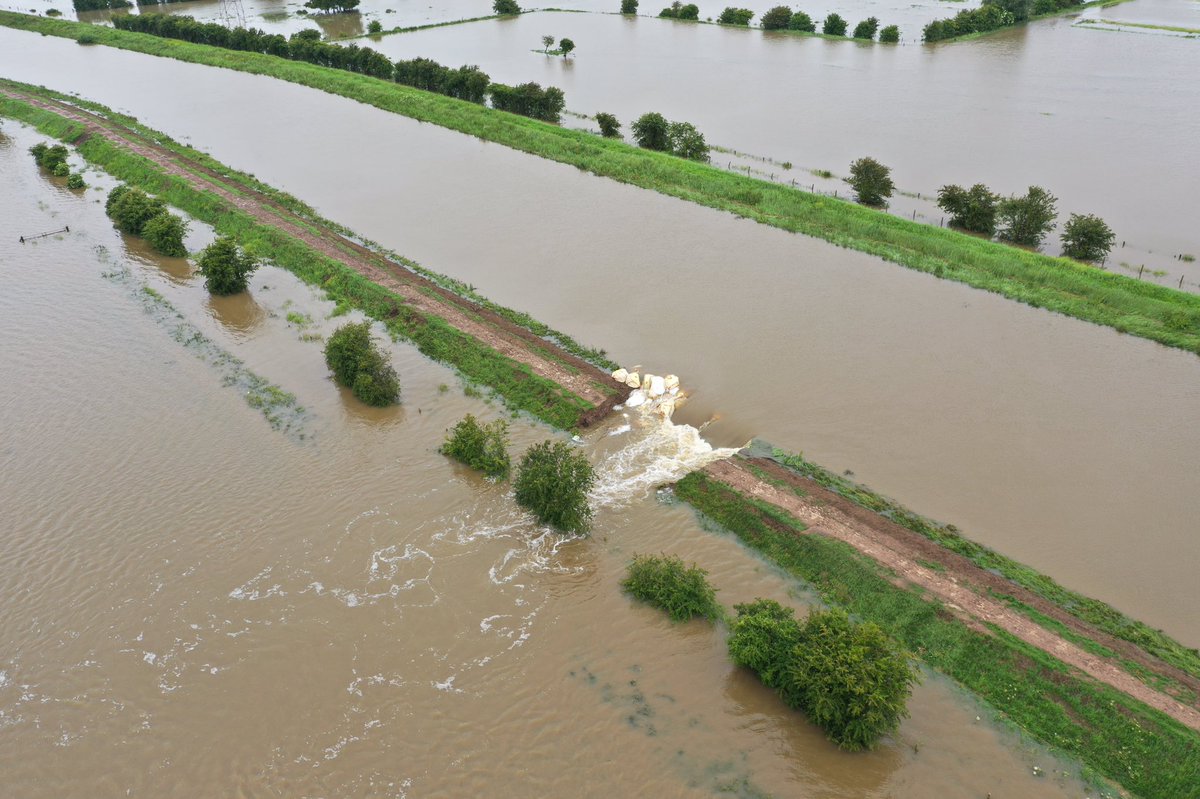 Crops can be seen flooded beside the river in this shot from BBC Radio Lincolnshire. 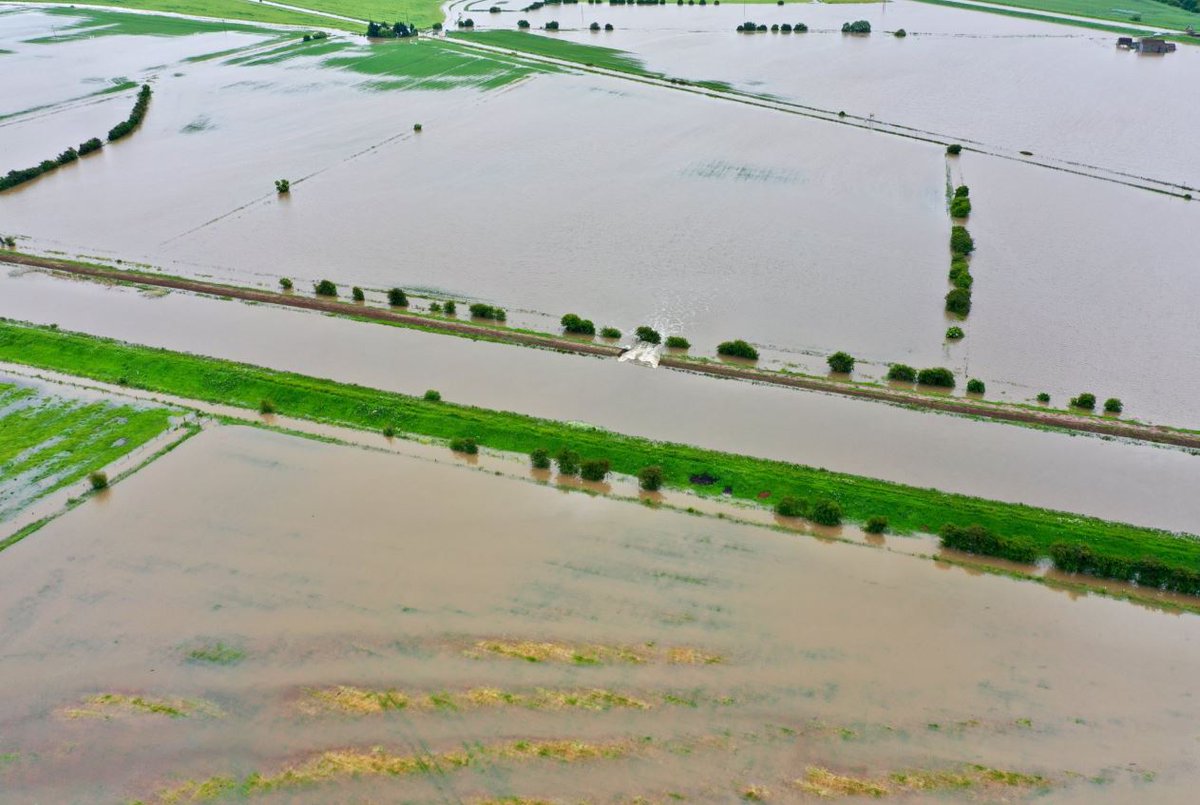 Siobhán Walsh is from a tillage and beef farm in Co. Laois. She recently completed a PhD, investigating soil nitrogen supply from Irish tillage land, from UCD. She previously completed a masters in crop science and a degree in Animal and Crop Production. The qualified pesticide advisor also worked as a part-time sports reporter for almost seven years with The Laois Nationalist and completed an internship with the Irish Farmers Journal.

Irish cereal use in the drinks sector

Keep an eye out for slugs in your winter cereal crops