After a considerable period of speculation – and perhaps even one or two false dawns – Manitou looks set to make its new pivot-steer (articulated) telehandler available to the masses.

The new machine – there is just one model for now – is designated the MLA-T 533-145 V+. Maximum lift height (courtesy of its telescopic boom) is 5.2m; maximum lift capacity is 3.3t.

The machine is on Manitou’s stand at this week’s massive Agritechnica show in Germany.

Muscle is provided by a 143hp, 4.1L Deutz engine. That’s mated to Manitou’s M-Vario Plus – a hydro-mechanical, four-range transmission. Top whack on the road is 40kph. 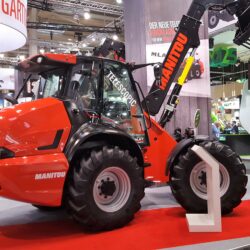 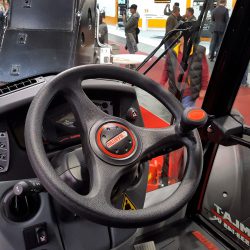 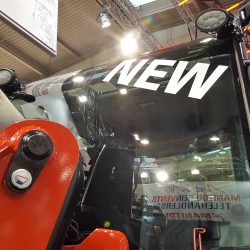 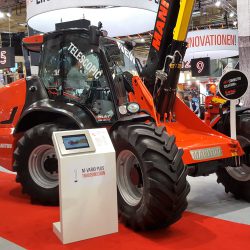 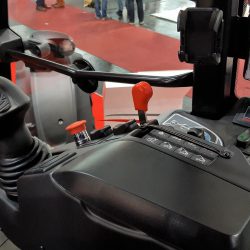 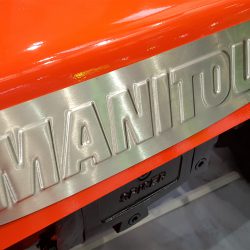 Thanks to the transmission’s hybrid (CVT) credentials, operators can select a mode whereby engine revs and forward speed can be controlled independently. This might prove useful, for example, when using a hydraulically-powered attachment up front.

Boom suspension appears on the list of extra-cost options.

Interestingly, Manitou exhibited a version of this machine (below) at this year’s LAMMA show in the UK – back in January.

Even then, the manufacturer was championing anticipated features such as ‘Intelligent Hydraulics’. 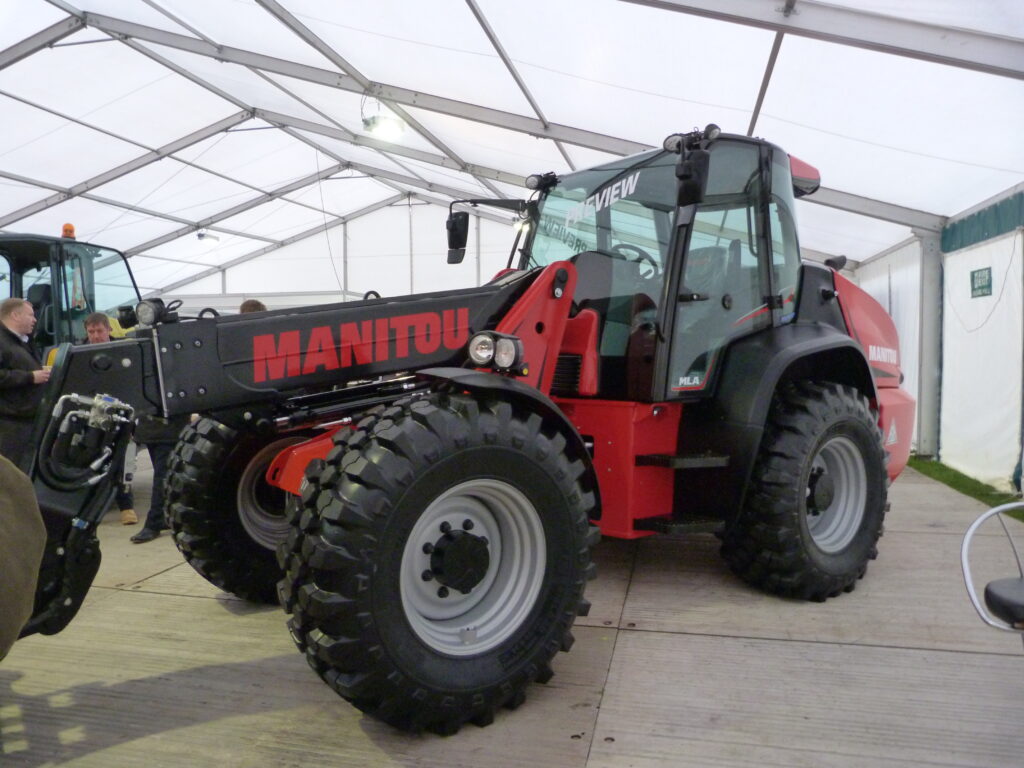 At that time, Manitou’s Wim Roose commented: “With the brand new Manitou MLA, we are back in the market of articulated telehandlers, with a concept that gives our customers the maximum of comfort, visibility and manoeuvrability.”

He explained that the machine would be characterised by its entirely new cab, with ‘Easy step’ access, improved soundproofing and numerous innovations – designed to boost comfort and performance.