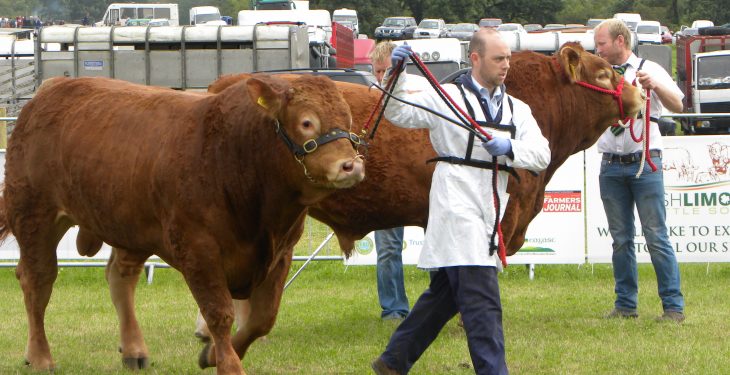 Despite a cloudy start the rain held off today for the 2016 Tullamore Show and AIB National Livestock Show, with over 60,000 people expected to attend.

Ireland’s largest one-day show was opened by the Minister of State for  Food, Forestry, and Horticulture, Andrew Doyle.

Rodney Cox, the shows Chairman, said that the event not only showcases agriculture and livestock but the vast wealth of national talent in Ireland and that there’s something for everyone at the show, from the city dwellers to people from rural communities.

“The Tullamore Show requires a massive amount of planning to pull together such an event, thanks to the executive and all the volunteers.”

The Tullamore Show attracts the best of Ireland’s pedigree, dairy and commercial cattle and sheep with a total prize fund of €168,000 at this year’s event.

There’s something for all ages at this year’s show, with over 700 trade stands, farm safety demonstrations, a children’s entertainment area and plenty of ice-cream cone vans.

We’ve been out and about snapping pictures of showgoers and exhibitors at today’s show – were you caught on camera?

The Tullamore Show brought out the best of Ireland’s pedigree and commercial cattle, with Belgian Blues and Limousins all on show.

See our dedicated Tullamore Show section here, to keep up to date with today’s show.