Pics: Rare Lamborghini vintage tractor worth €25,000 to go to auction

A rare Lamborghini tractor, which was built in 1957 and valued at up to €25,000, is set to go to auction in France tomorrow.

Bonhams, one of the world’s largest auctioneers of fine arts, antiques, motor cars and jewellery, has been charged with the sale of this rare tractor at its latest auction in Paris on February 9.

It has been valued at between €20,000-25,000, representing an affordable route to Lamborghini ownership, according to Bonhams.

Powered by Lamborghini’s own three-cylinder engine, this tractor has an output of 36 horsepower.

The tractor has been resprayed in its original orange and blue colours and new tyres have been fitted. 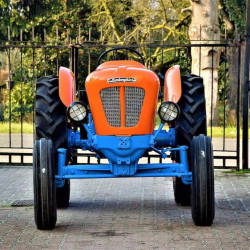 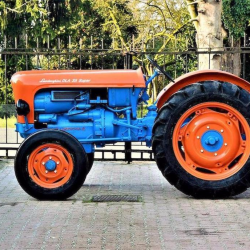 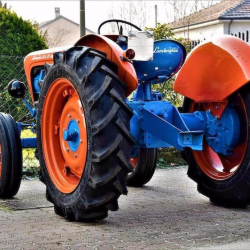 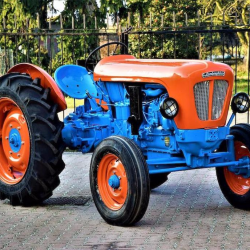 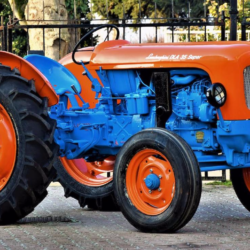 The founder of the Italian brand, Ferruccio Lamborghini, originally set up a repair shop for cars and motorcycles after serving as a mechanic in the Second World War.

By the mid-1950s, the Lamborghini tractor brand had become one of the largest manufacturers of agricultural machinery in Italy.

The manufacture of Lamborghini tractors was well underway before the motorcar side of the business was established in 1963.

Meanwhile, lower sales of new tractors in 2017 continued to drive the second-hand trade at a UK machinery auction, according to Cheffins’ Chairman William King.

The current low levels of stock meant competition among buyers for quality tractors and machinery was very high at yesterday’s auction organised by Cheffins, he said.

Close to 200 tractors were on offer at the second plant and farm machinery sale held by the UK selling agents in Sutton, Cambridgeshire.

“There was a continued strong trade for quality tractors with a good representation of export buyers, especially from Ireland, Spain, Poland and other European countries.

“It was a double whammy really. The weakness in the pound was stimulating trade, while much lower sales of new tractors meant there was fewer second-hand tractors on the market,” he said.

Late registered John Deere and Massey Ferguson lots proved popular at the auction, with these selling in the mid £30,000 (€34,800) range, he added.