One of the most eye-catching machines at this week’s FTMTA Farm Machinery Show at Punchestown, Co. Kildare is the Respiro belt rake.

This machine, according to the manufacturer Reiter Innovative Technology, ‘lifts’ each swath instead of ‘sweeping’ it aside.

Thomas Reiter, the machine’s designer, said that there has been no significant progress with regard to the technique of swathing.

“The machines have become wider, heavier and more powerful, but the basic fodder quality has suffered. The fodder has been swept over the soil by existing rotary rakes for about 50 years – with all of the known disadvantages. Today, more than ever, a new technology is required.” 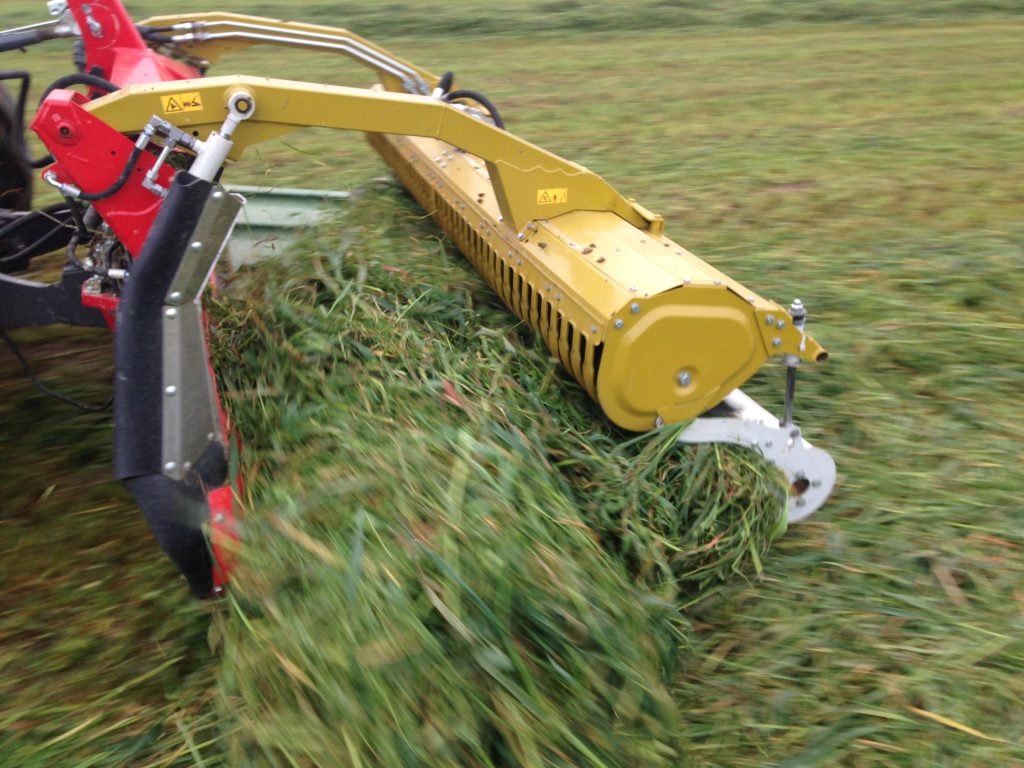 Four freely-rotating skids guide the ‘elastic’ pick-up roller over the ground. This, says Reiter, means that ground contact of the pick-up tines can be reduced to “an absolute minimum”.

The small, six-row camless pick-up lifts the crop “gently and without contamination”. He explained that the swath is formed in a fluffy way, without twisting.

“A fluffy, even swath is a prerequisite for a speedy harvest. The [drying] performance on the swath increases, as does the cutting quality because the swath is no longer clogged and diesel consumption drops because of the subsequent ease of chopping.”

Advantages, according to Reiter, include less soil contamination of the forage, resulting in better fodder quality. He also claims that there is less leaf loss to contend with, due to the reduced speed of the tines and the small diameter of the pick-up.

He also contends that less stones are picked up, due to the small pick-up diameter and “gentle” tine design. Clusters of six tines are each attached with a single M8 bolt/screw. A special feature of the so-called ‘anti-loss system’ is that the tine loss is “practically impossible”.

Other claimed advantages include higher working speeds and higher flexibility in the field because of the possibility of centre and side-delivery in one machine. Wide working widths are possible, because of the “elasticity” of pick-up system. This, says Reiter, results in a substantially simpler machine and less weight and cost.

Rotor above a small pick-up

Pick-up belt rakes are not new. However, says Reiter, all previous systems have one thing in common: The pick-up diameters are large.

This, he claims, leads to problems in permanent grassland undergoing many cuts, where heavy, short grass is pushed in front of the pick-up. This is why Reiter has opted for a rotor positioned above a “very small” pick-up.

The rotor is hydraulically suspended and takes over the crop, immediately after the pick-up tines disappear between the bands. 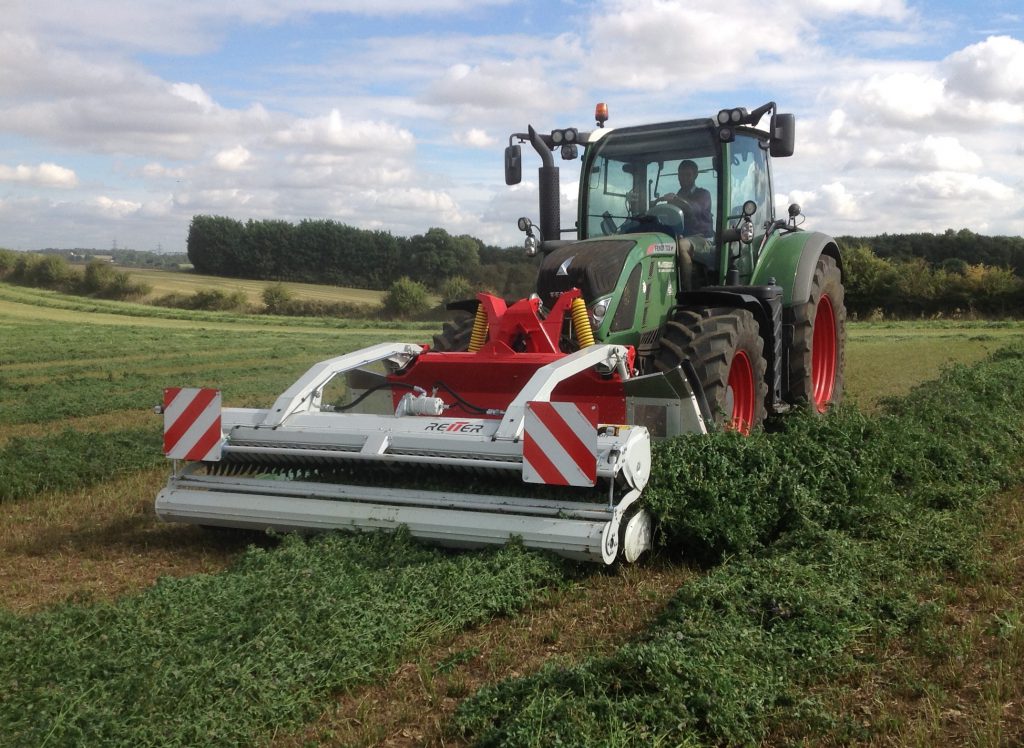 List prices start at €24,000 excluding VAT for the Profi version of the Respiro.

List prices for the lower-spec units start at about €19,000 excluding VAT.