The Donegal branch of the Irish Farmers’ Association (IFA) hosted a charity auction in Ballybofey and Stranorlar Mart on Friday, September 20.

According to a statement from the IFA, the event was a “huge success” and all proceeds are being donated to Cancer Care West.

Commenting on the event, Donegal IFA’s county chairman Brendan McLaughlin said: “We are very grateful to see so many farmers generously donating livestock for the charity auction at a time when things are difficult for farmers on the ground.

It shows the true generous, hardworking and resilient spirit of farming people in this county.

At the event – the statement continued – renowned Roscommon auctioneer Matthew Donellan started off the bidding “in his usual lively style keeping the sale moving whilst amusing the crowd with plenty of banter”. 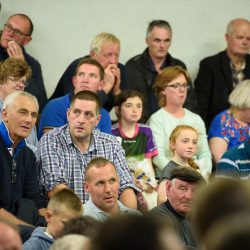 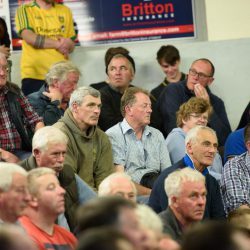 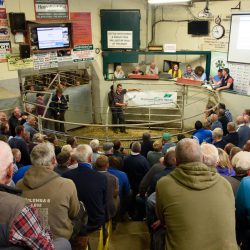 A total of 46 cattle and 229 sheep were sold on the night and over 300 farmers were in attendance at the ringside. Trade was described as “good throughout”.

Advertisement
The livestock had been kindly donated by farmers in Donegal and included all classes of beef, dairy, fattening and breeding stock.

The top price on the night was for an 18-month-old Limousin bullock that sold for €5,100.

Other notable prices included €2,700 for a Simmental heifer, €500 a-piece for a Suffolk and Texel hogget respectively. 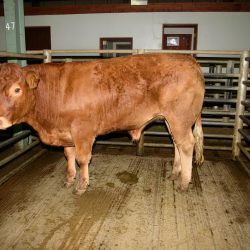 The top-priced Bullock which sold for €5100. Image Source: Clive Wasson 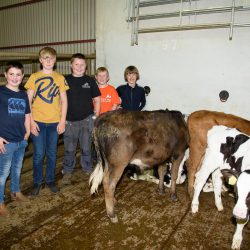 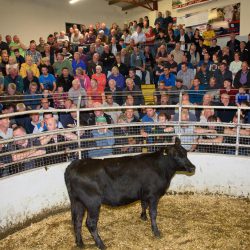 In between the lots a number of donated items were auctioned off. These included AI straws, loads of hay and straw, vet vouchers, bags of meal, concrete drinkers and flukicides.

Donegal IFA thanked all farmers who donated livestock for the auction as well as the buyers that attended on the night. 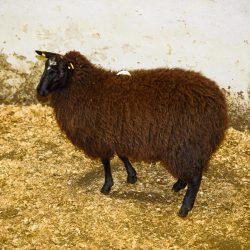 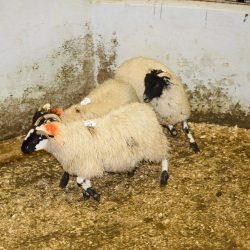 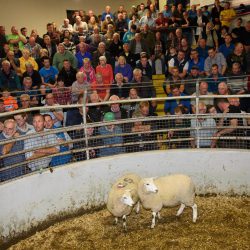 The third and final event of this fundraising drive will be held in the Clanree Hotel, Letterkenny, on the evening of Friday, October 18.

Donegal IFA is appealing to all agri and rural businesses in the county to donate items for the auction that night. All are welcome to attend and bid on the night.