Pics: Managing early turn out with difficult grazing conditions to save €50/cow 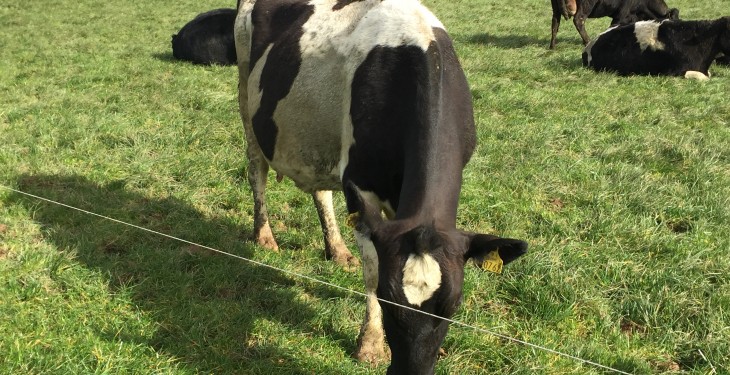 Spring grazing can be challenging on some farms, but one farm in Tipperary has saved €50/cow through early turn out.

James Kennedy milks 151 cross-bred cows in Nenagh, Co. Tipperary, with the first of the cows turned out to grass on January 29.

As part of the Teagasc Spring Grazing Farm Walks, he opened the gates to farmers to see how he has made spring grazing work on his farm.

Kennedy runs a tight ship, with 86% of the herd calved in a six-week period, which means that 130 cows are turned out to grass daily.

Since turn out in late January, the cows have been at grass for about 20 days in total. Kennedy said difficult grazing conditions have forced cows indoors on an number of occasions during the day.

However, despite the cows being housed, Teagasc’s John Maher, who spoke at the farm walk said that the 20 days at grass saved the farm about €50/cow in fed and other costs. 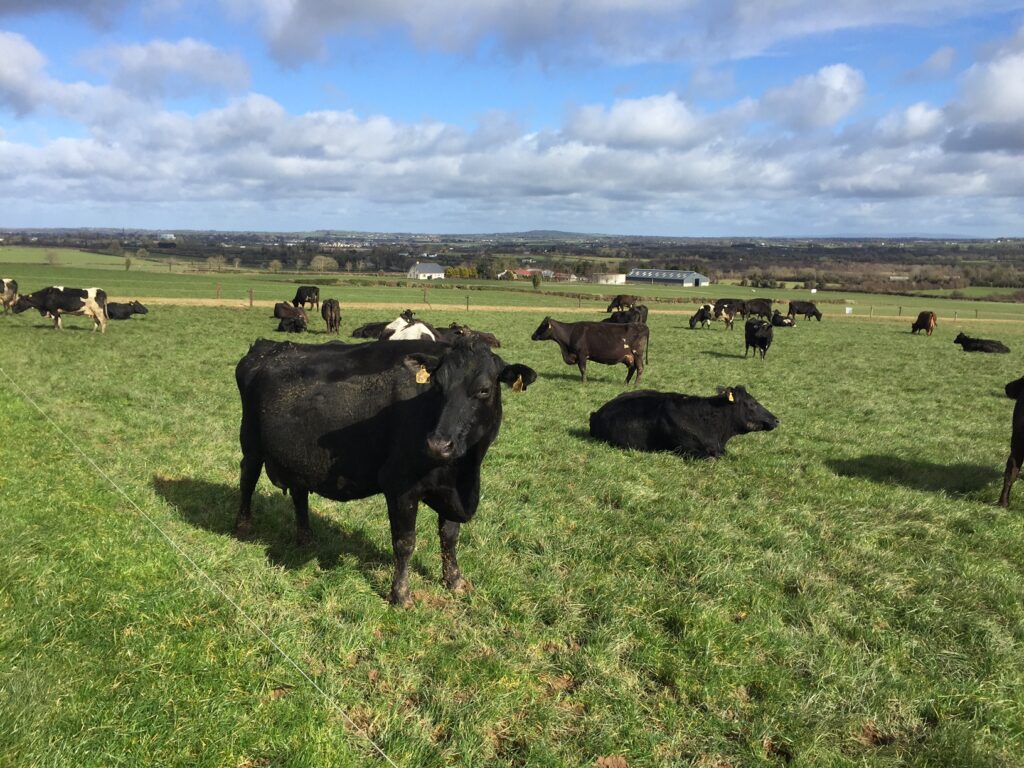 Grazing with a rotation planner

To make the best use of spring grass Kennedy uses a rotation planner. This ensures that the cows are provided with a good volume of quality grass in the second and third rotations, he said.

To date, 44% of the milk platform has been grazed.

But, due to zero grass growth on the farm over the past month, Kennedy said he has been forced to house and offer cows silage and concentrates by night.

The cows are currently being fed 6kg of grass, 6kg of silage and a further 3.5kg of concentrates, he said.

“The cows are only getting 6kg of grass which is less than half of their requirement. If we gave the cows more grass the farm would run out of grass to early,” he said.

To make the best use of grass, Kennedy said that the cows are turned out to the paddocks after milking to graze and are housed following evening milking.

He said that in the coming weeks, he will consider housing half of the cows by night and half by day, as there are only 100 cubicle spaces on the farm.

Kennedy reckons that between high quality bales, concentrates and grass, he has enough feed to last a month before he has to give the cows pit silage and rise the concentrate input to 6kg/cow.

However, he remained optimistic that the weather conditions will improve over the coming weeks, allowing the cows to be turned out full time.

“It has been a long period of very poor growth, but I have yet to see a year when growth has not exceeded demand by April 10,” he said.

Over the past number of years, Kennedy said he has made the move from a Holstein Friesian to a Jersey-cross herd and this move has really benefited the business.

Cross-bred cows are better suited to grazing in the shoulders of the year, he said as they are lighter and they seem to hold condition a lot better than their Holstein counterparts.

“Last year, the herd produced an average milk solids yield of 460kg/cow. This would not have been possible with the previous herd.

“The volume of milk the Jersey-cross cows produce is lower, but they have much higher solids,” he said.

He also said that crossbreeding has been a great way to improve the fertility of the herd. This has helped in having 86% of the cows calved down in a six-week period, he said.