Joskin has added a new model to its slurry spreader range: the Tetrax 2 16000S.

According to the company, it is designed on the same principle as the other models of the range.

The four wheels of the same size in a row allow to uniformly distribute most of the weight of the vehicle on the ground which Joskin states that ground compaction is avoided and its structure is respected.

According to Joskin, this makes the traction easier and increases the contact surface to the ground, allowing in this way to distribute the vehicle weight on an even wider surface. 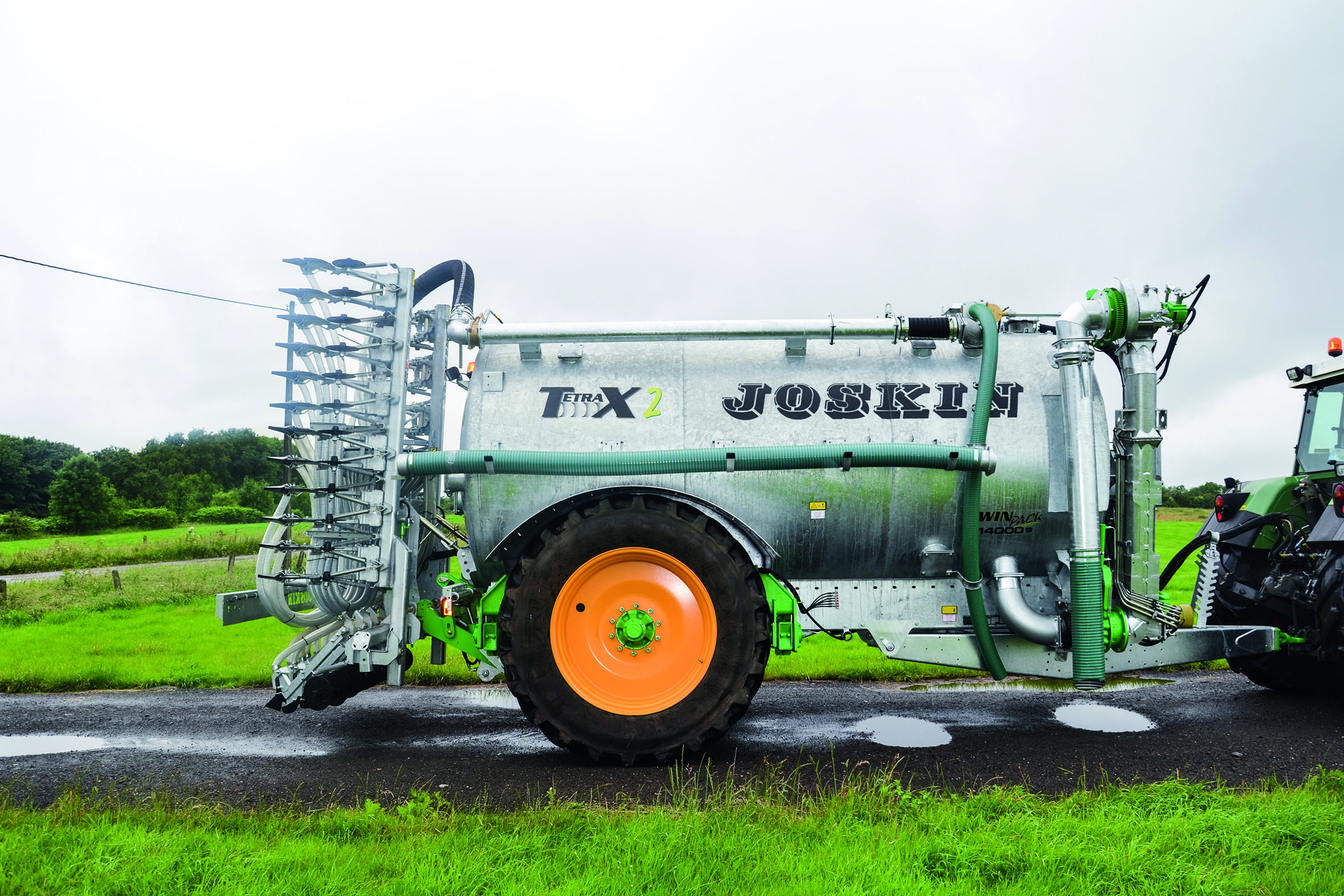 They are mounted two by two on the running gear, it states and each pair of wheels is fastened to the integral cradle of the tank by a central axis (and this without sub-frame) and is fitted with a horizontal swinging movement in order to adapt to ground unevenness.

It is however, the only way to avoid friction between the side walls of the tyres and to have enough room between the wheels of 4x650mm wide (i.e. at least 4x680mm) even with the vehicle fully loaded, according to the company.

The limited weight on the axle of 10t, which is often mentioned in the European legislation, is an obstacle to the use of the vehicle for road work, Joskin states. 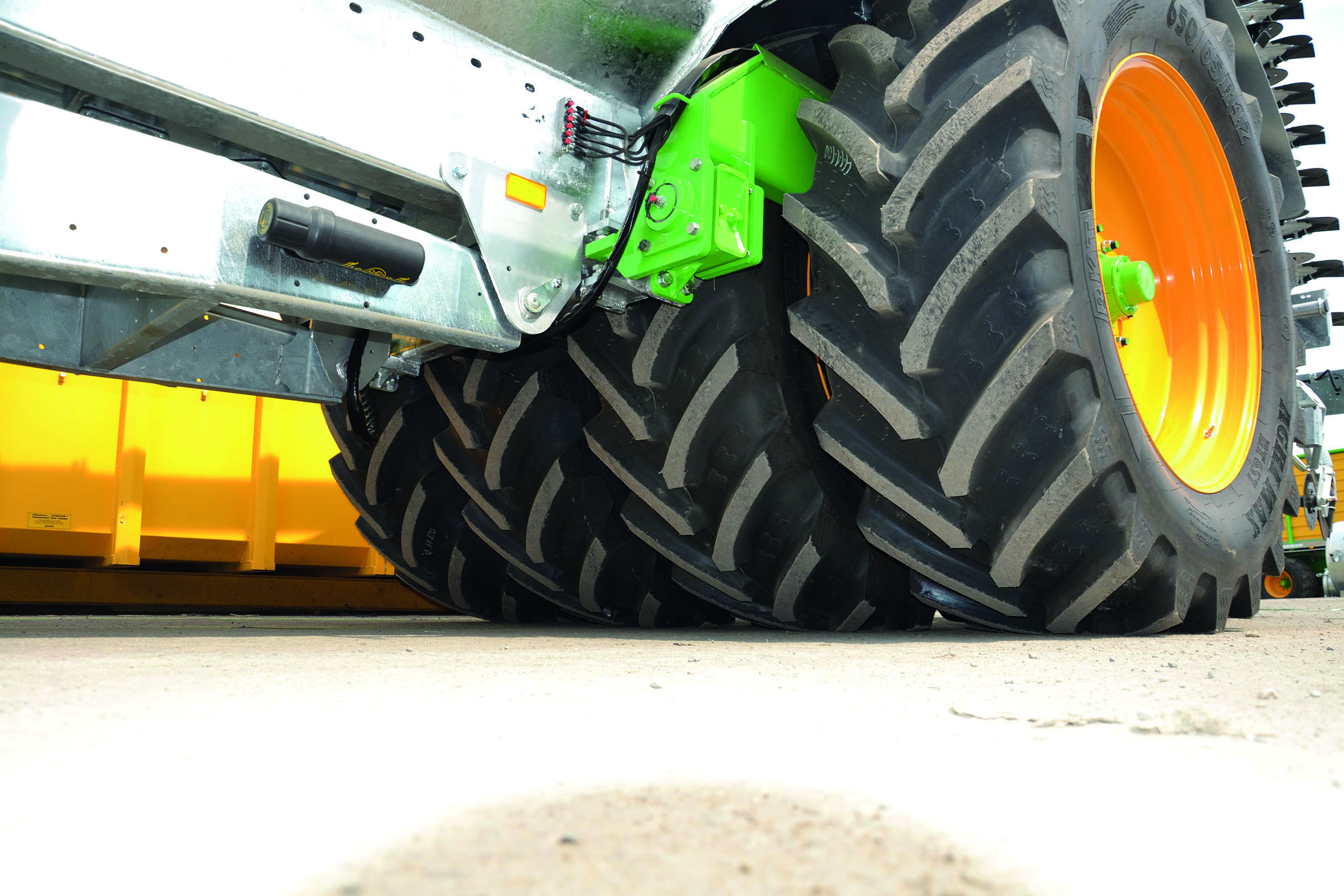 The new model can be fitted with any type of slurry spreading implement in a compact way, but even with its high capacity, it still remains compact and easy to manoeuvre.

According to Joskin, this is also made possible by the standard drawbar with suspension, which further increases the vehicle compactness.

The Tetrax2 16000S can also be fitted with all types of Joskin meadow or arable injectors or with spreading booms, like the multi-nozzle or line spreading ones.