Pics: Irish cheddar cheese features on the supermarket shelves in Egypt and Algeria 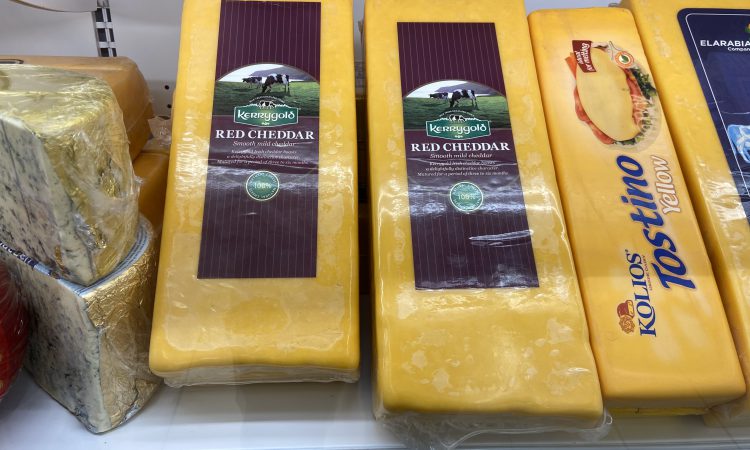 Ireland’s largest dairy export category to Egypt, in volume and value, is cheese. In 2018, Ireland exported 3,656t of cheese to Egypt – valued at €12 million.

Carrefour Egypt belongs to the Majid Al Futaim an Emirati holding company based in Dubai, a leading shopping mall, communities, retail and leisure pioneer across the Middle East, Africa and Asia.

Carrefour is the leader of the retail market in Egypt with over 40 stores, and it has plans to open 20 more stores in the coming years.

During the store visit, Irish cheese (both white and red cheddar) was spotted, interestingly with some reduced fat options also. There were also a number of other Egyptian brands carrying the Irish flag, with selected products on promotion.

Looking at domestic production, local cheese production estimated at 405,000t, while cheese imports amounted to 25,000t in 2018. Egypt is a major cheese exporter and highly competitive in the Gulf region (due to the low value of the Egyptian pound).

In terms of the type of cheese, white cheese is most popular with mozzarella and processing cheese gaining in popularity; leading cheese producers include: Domty; Obourland; and Lactalis Halawa Fromageries Bel.

Similar to Algeria, butter is not consumed in the same volumes as fermented products and drinking milk, and primarily used in cooking as an oil and baking; New Zealand is the dominant supplier of butter.

Other Irish dairy exports to Egypt

Again, full year estimates for 2019 indicate very strong growth with volumes increasing by 267% to 578t, which is valued at €2.6 million.

Earlier in the week, the delegation visited Ardis – an Algerian hypermarket chain belonging to Groupe Arocfina. It is the leader of the sector in Algeria with one hypermarket in Algiers and one in Oran; a third store is due to open in Tizi-Ouzou.

Again, more Irish cheese was visible on the shelves. 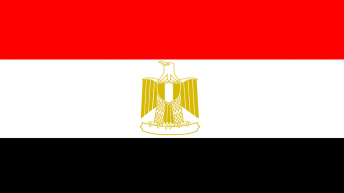 What is the potential for Irish live cattle exports to Egypt?