Farmers who participate in the Green Low-Carbon Agri-Environment Scheme (GLAS) carry out a range of actions to enhance the rural environment, Healy said.

Payments under the scheme were due in October, however more than 9,000 farmers have yet to be paid, despite having completed the actions required, incurring significant costs and planning fees in doing so, he added.

“It is absolutely unacceptable that farmers who joined the GLAS scheme almost two years ago, and who were promised payments last October are still waiting with no definite answers as to when they can expect to get paid.

Farmers have upheld their side of the bargain, complying with the scheme and carrying out actions, at significant cost and effort.

“The Minister and Department of Agriculture need to show the same level of commitment and ensure that payments are made immediately.

“We have seen a situation where 30% of the farmers that signed up to this scheme have not been paid, that’s not acceptable,” he said.

Farmers are on the back of a very difficult 12 months income wise and farmers need those GLAS payments in order to pay bills, whether its the contractor, bank payments or the local merchant, the IFA President added.

“We are here today, we might have to back again and if we have to we will be back. Because it is well past time that farmers are paid,” he said. 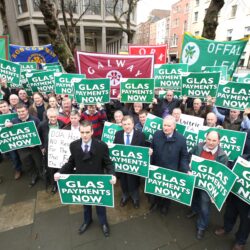 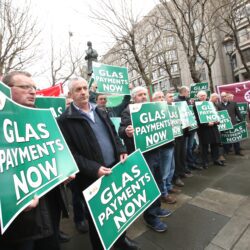 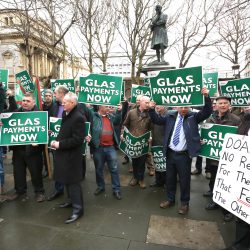 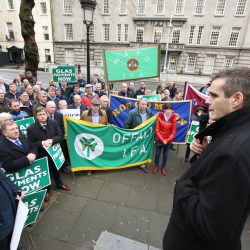 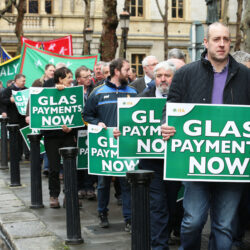 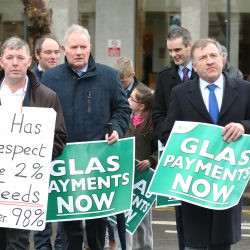 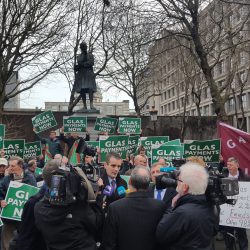 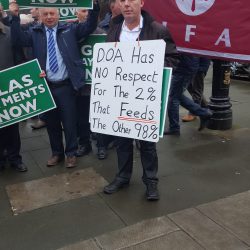 IFA Rural Development Chairman Joe Brady pointed out that under the Charter of Farmers Rights, the Department committed to making GLAS payments in October.

However, he said, even the 28,000 farmers who have so far been paid did not receive their payment until December and there has been virtually no movement on payments since then, leaving €35m due to farmers.

“Farmers cannot afford to be left waiting for vital support payments such as GLAS.

Excuses placing the blame on IT systems and administration matters are not good enough these issues should have been sorted out a long time ago.

“The Minister needs to step in and clear the way for payments to be made to farmers immediately. Any issues can be resolved at a later date,” he said. 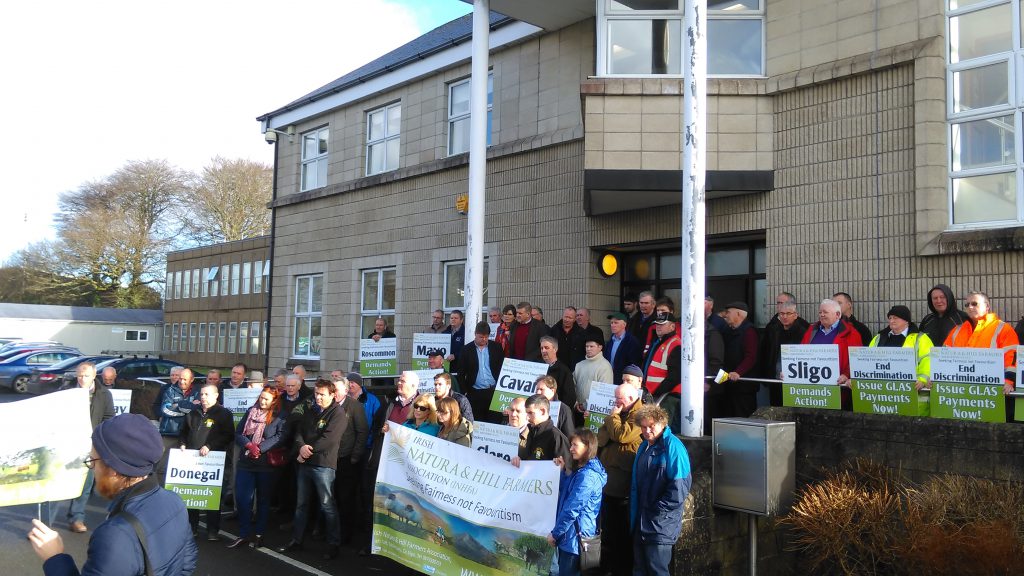 Up to 200 farmers attended the protest on the delay in GLAS payments being made to farmers.

'Every effort possible' being made to process GLAS payments